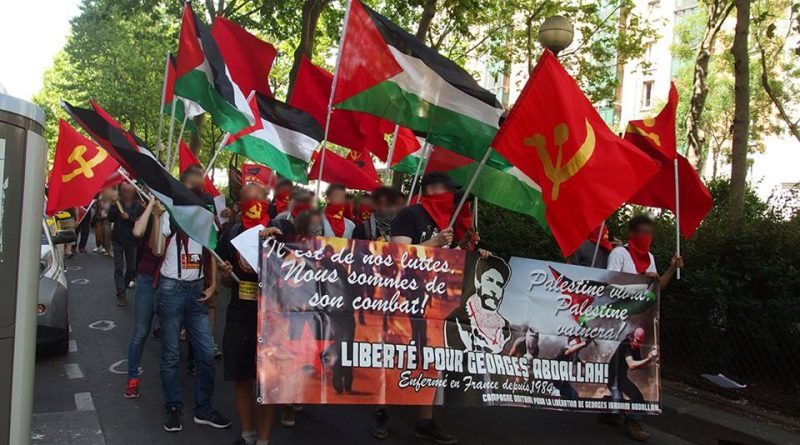 The date of the demonstration to demand the liberation of Georges Ibrahim Abdallah was decided to be move closer to the date of 19 June, the International Day of Revolutionary Prisoners. This date was not chosen at random, it coincides with the 19 June 1986 when more than 300 prisoners of the Communist Party of Peru were cowardly murdered by the Peruvian reactionary state. The Communist Party of Peru had put the Peruvian State on the brink of collapse, it pursued a People’s War that had come closer to the seizure of power with strategic equilibrium. Against it great vitality, the Peruvian government therefore had a genuine policy of genocide in prisons. Even today as Chairman Gonzalo of the Communist Party of Peru is locked up we have the duty to defend his life.

Each time that the proletariat and the oppressed peoples’ resist and struggle, they are violently repressed by the reactionary states. This is the case in countries where the Communist Parties, based on Marxism-Leninism-Maoism, are waging people’s wars to achieve the New Democratic Revolution against imperialism, bureaucratic capitalism and feudalism. Thus, in India, where the most developed People’s War takes place, there are more than 10,000 political prisoners, including Professor Saibaba, a progressive intellectual with a disability of 90%, who has been locked down regularly since 2013 by the Indian state. In the Philippines, more than 500 political prisoners are being held as hostages of the Duterte government.

Wherever the people rose up, repression was not long in coming: whether it was in Palestine, Turkey or Morocco. Here we would like to salute the Palestinian political prisoners and their victorious hunger strike. We also wish to salute the popular masses of the Rif who are rising in Morocco and we would like to pay tribute to the twelve martyrs of the TIKKO who fell last year. This repression of the oppressed peoples even extends to the political refugees in the imperialist countries as the prisoners of the ATIK arrested in 2014.

As communists, our primary duty is to fight against our own imperialism and therefore to develop the revolution, the proletarian movement in our own country, to strike at French imperialism. We must also confront it with the internal reaction: the French imperialist state represses within the very heart of France in the popular neighborhoods which constitute the bastion of the proletariat. So the police killed: more than ten years ago, Zyed and Bouna, but also in the last year Adama Traoré, Jean-Pierre Ferrara, Shaoyo Liu, Angelo Garand, Curtis and the list continues to lengthen. And it is during the summer that police violence explodes in the neighborhoods. At the same time, the French government is increasingly attacking workers’ rights, such as the Labor Reform last year and the ordinances that Macron is preparing for the summer.

Freedom for Georges Abadallah! Down with French imperialism!

Long live the struggle of the Palestinian people! Down with Zionism!

Freedom for all revolutionary prisoners! Down with the world imperialist system! 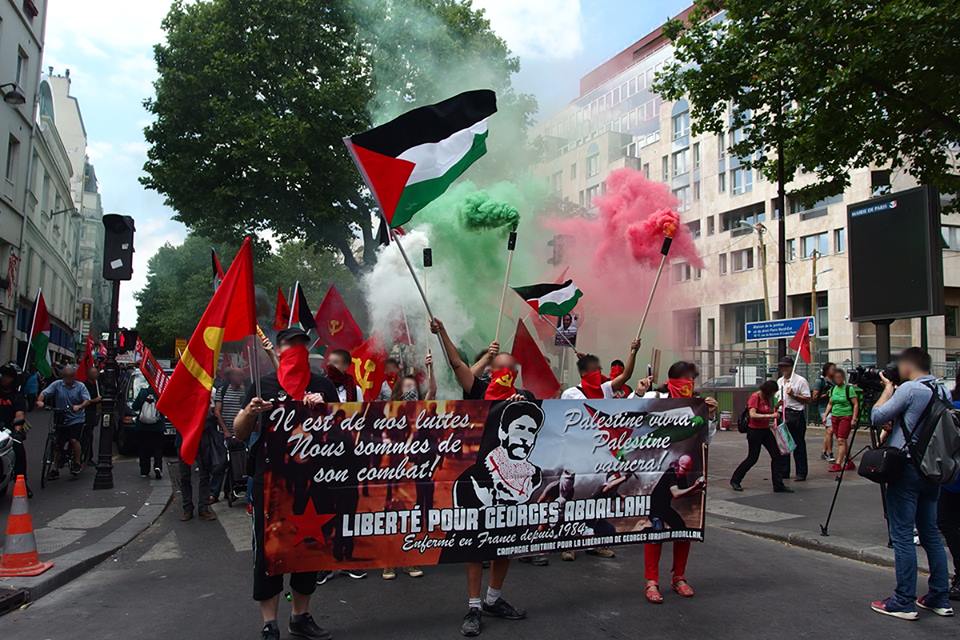 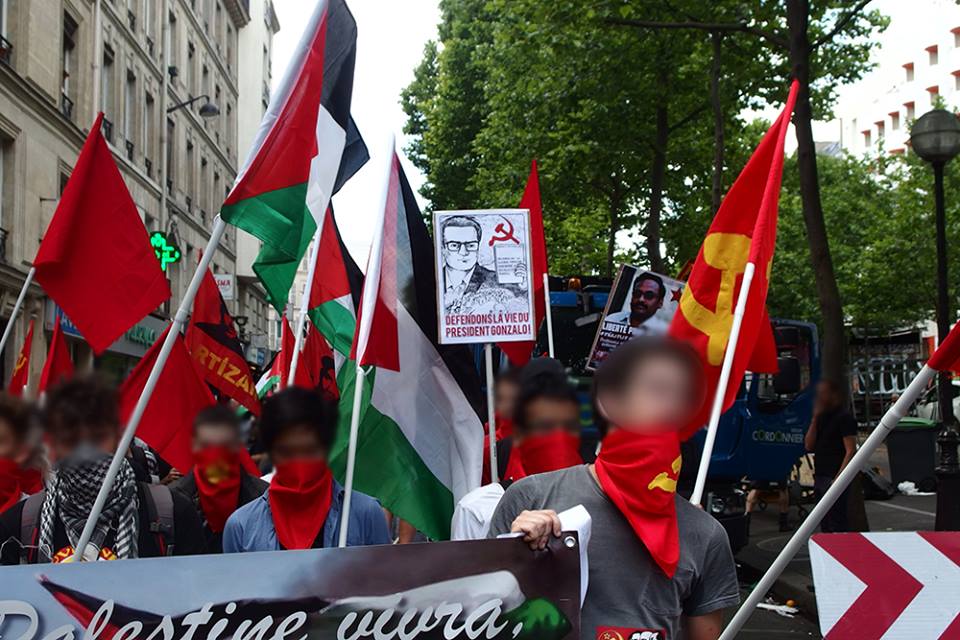 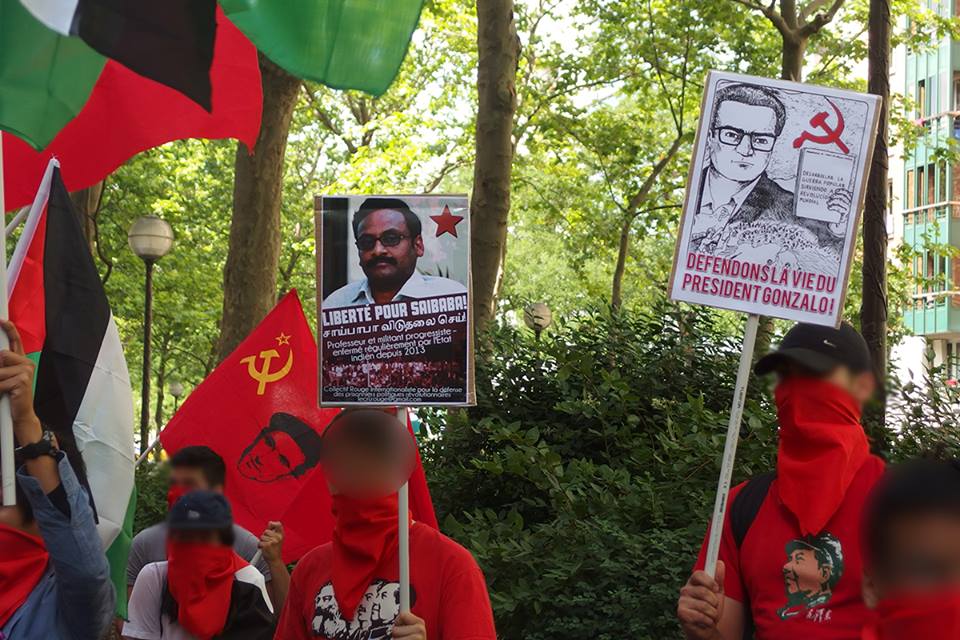 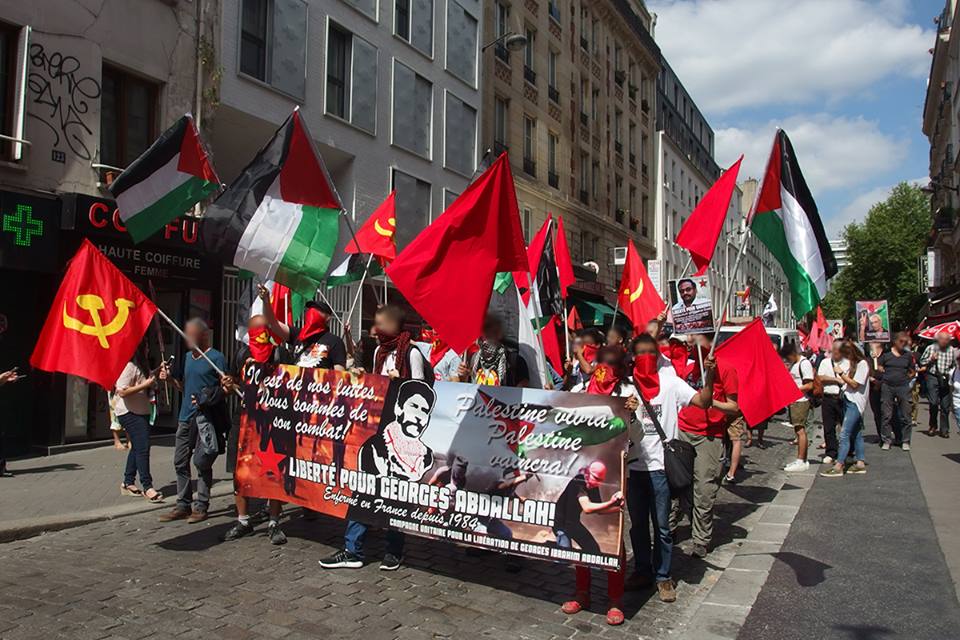 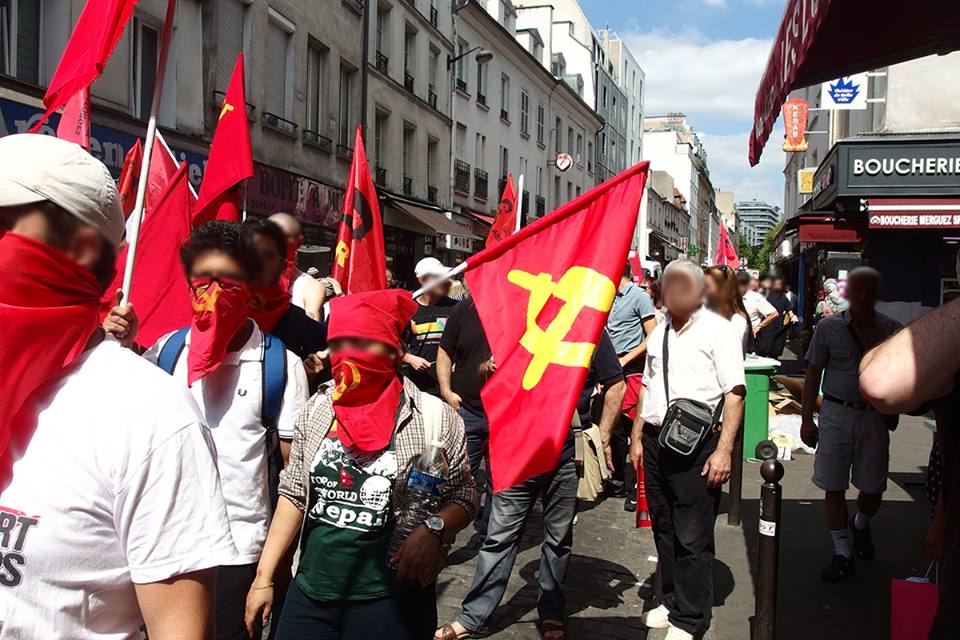 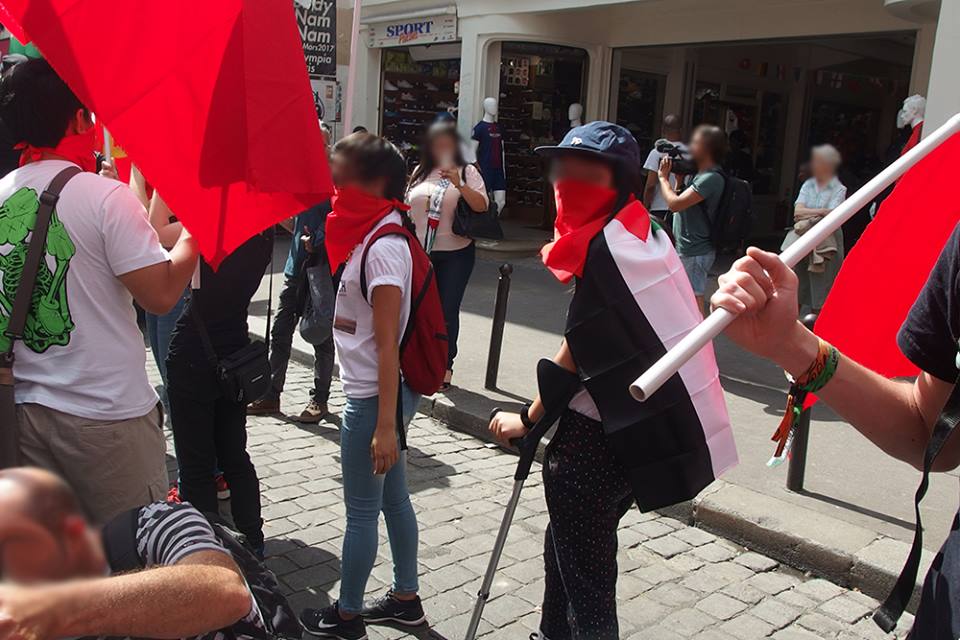 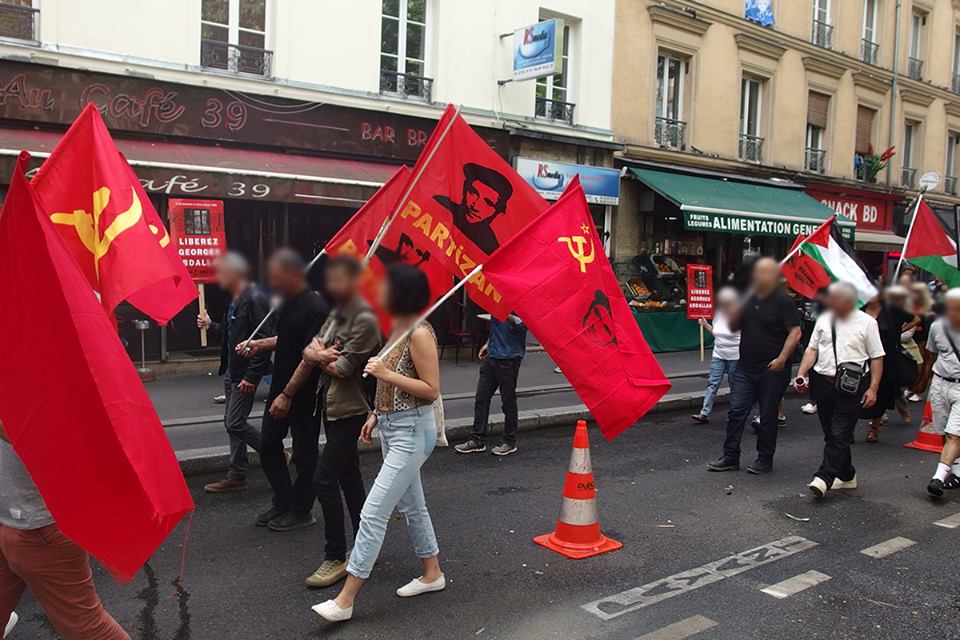 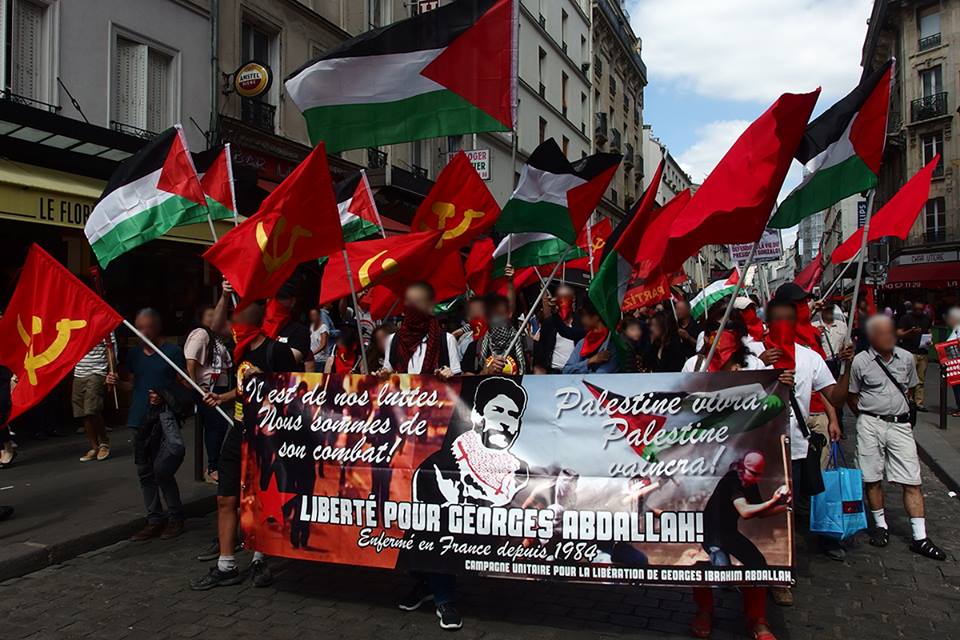 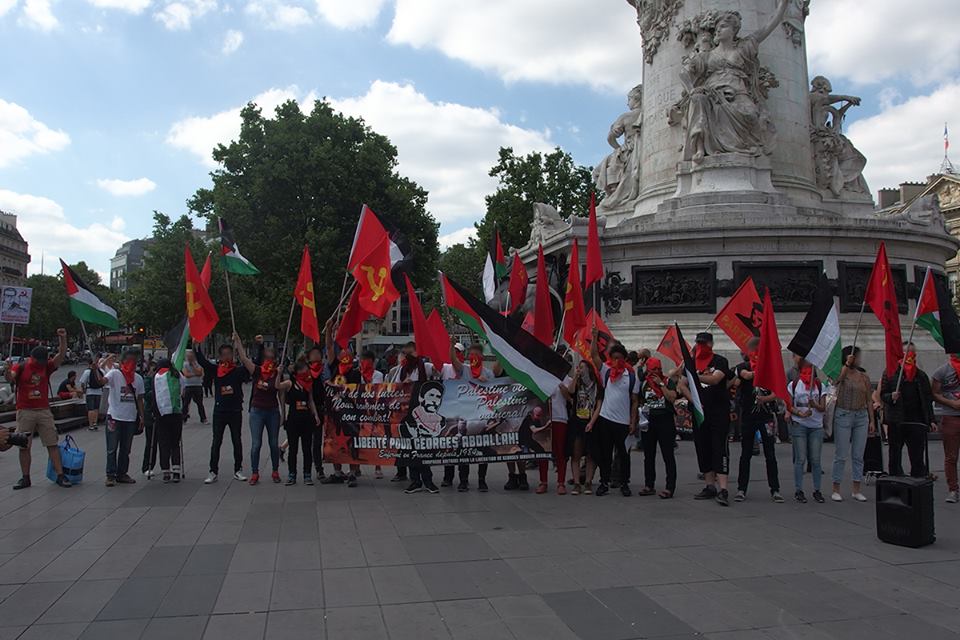 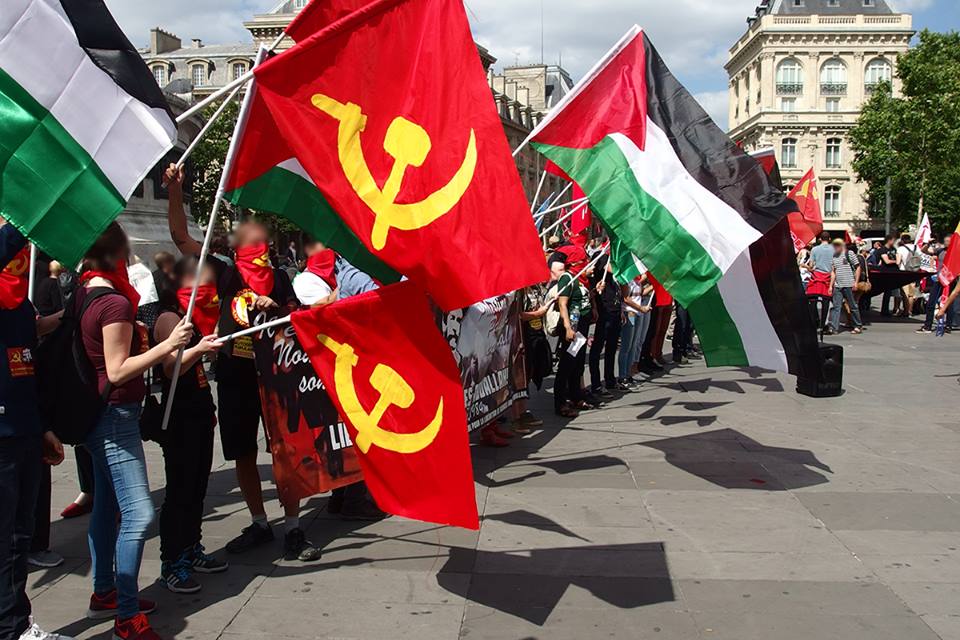 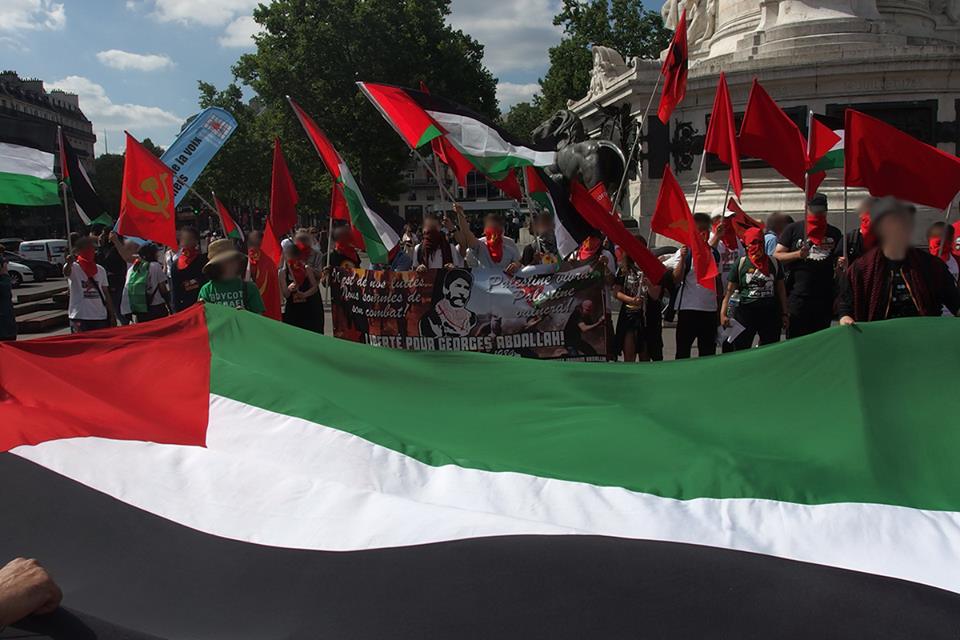 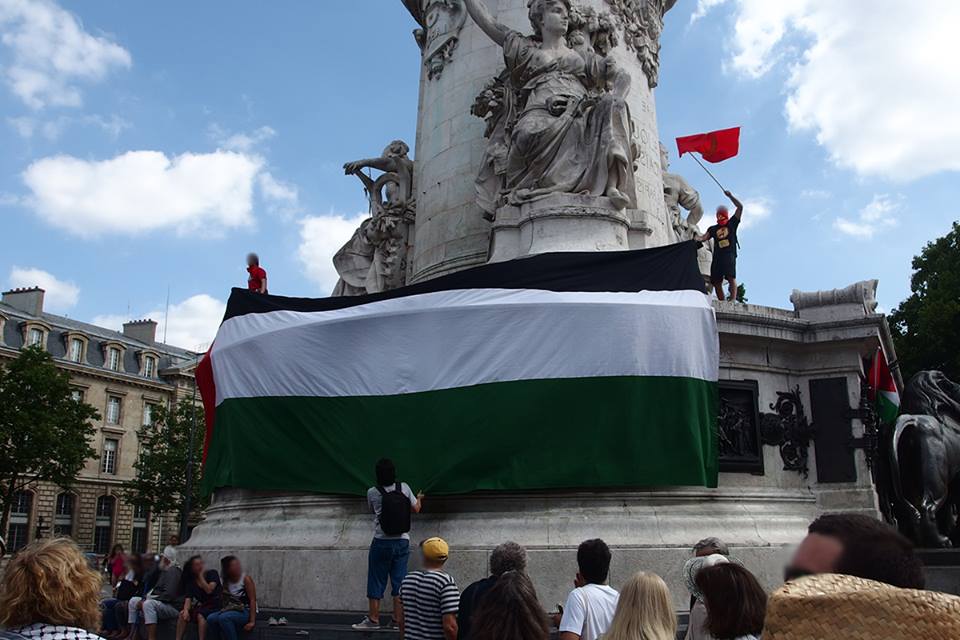