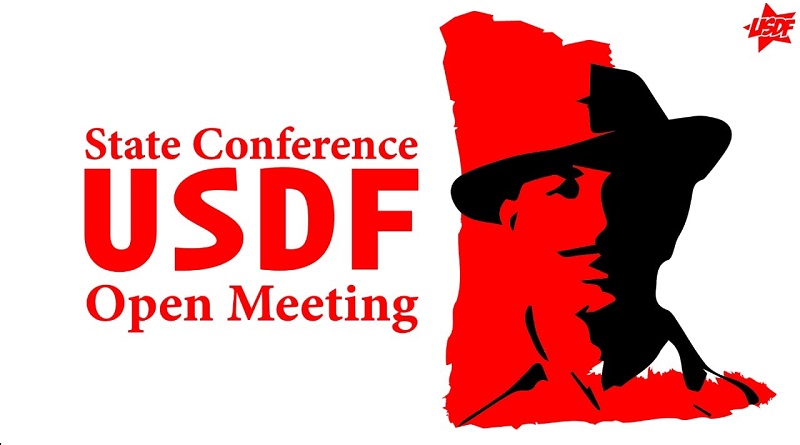 The world is witnessing an unprecendted rise of imperialist aggression on one hand and people’s resistance against imperialist policies on the other hand.

From Latin America to Philippines, masses have risen up against neoliberal policies of World Bank and International Monetary Fund. In India, Hindu nationalists have launched a fascist offensive to stifle all democratic voices and implement neoliberal economic policies.

This has resulted saffronisation and privatisation of public institutions at a rapid pace.  The country is witnessing the highest rate of unemployment while the government is all up in arms to sell off all the public sector industries to the money hungry compradors. Casteism and discrimination based on religion, gender, etc. has become the norm.

The only way forward to defeat the fascist offensive is to intensify class struggle and bring about new democratic revolution. It is time to unitedly fight and resist the fascists before it is too late.

USDF is organising its 3rd State Conference on 24th  November (Sunday) at Vivekananda Hall, Jadavpur University from 11am onwards. 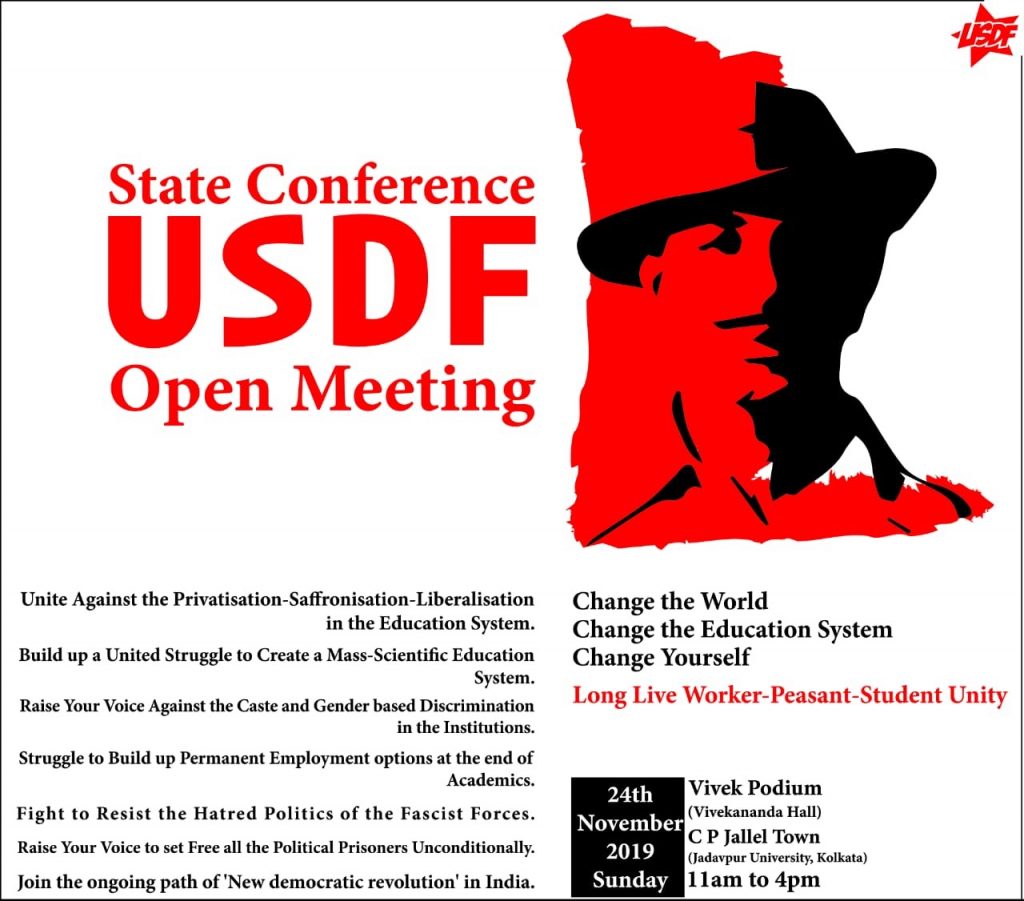