Millions of oppressed people of various nations from vast territories responded to the call “Yesterday was too early tomorrow too late, the time is today” by Lenin. The time was that day. On that day, a profound milestone in the history of mankind that cannot be wiped was remarked. Doors to the new age, “Imperialism and Revolutions” were opened. The obsolete world economic system was shaken. Thousands years of human history was turned upside down. The red flag of oppressed masses was raised in the compound of reactionaries, which was subsequently transformed into unshakeable defending walls of working class.

The USSR, a great experience of proletariat after Paris Commune, became and continues to be a terrifying nightmare for bourgeois. The USSR was subjected to countless aggressions yet it was protected by the blood of millions of the oppressed. The proletariat dictatorship was targeted by Hitler fascism, however it was defended by peoples of all Soviets under the leadership of Joseph Stalin and Red Army. The peoples of world smashed fascism.

“The history of all hitherto existing society is the history of class struggles.” The history was written by masses in this battle. To deepen our understanding of the October revolution which was achieved by masses under the leadership of Bolshevik party, we launch a campaign “Glory to October Revolution on its 100th anniversary”. We hereby declare that by organizing various activities on every corner we shall wage the struggle for new waves of proletariat revolutions.

On 100th Anniversary Glory to October Revolution and its leaders! 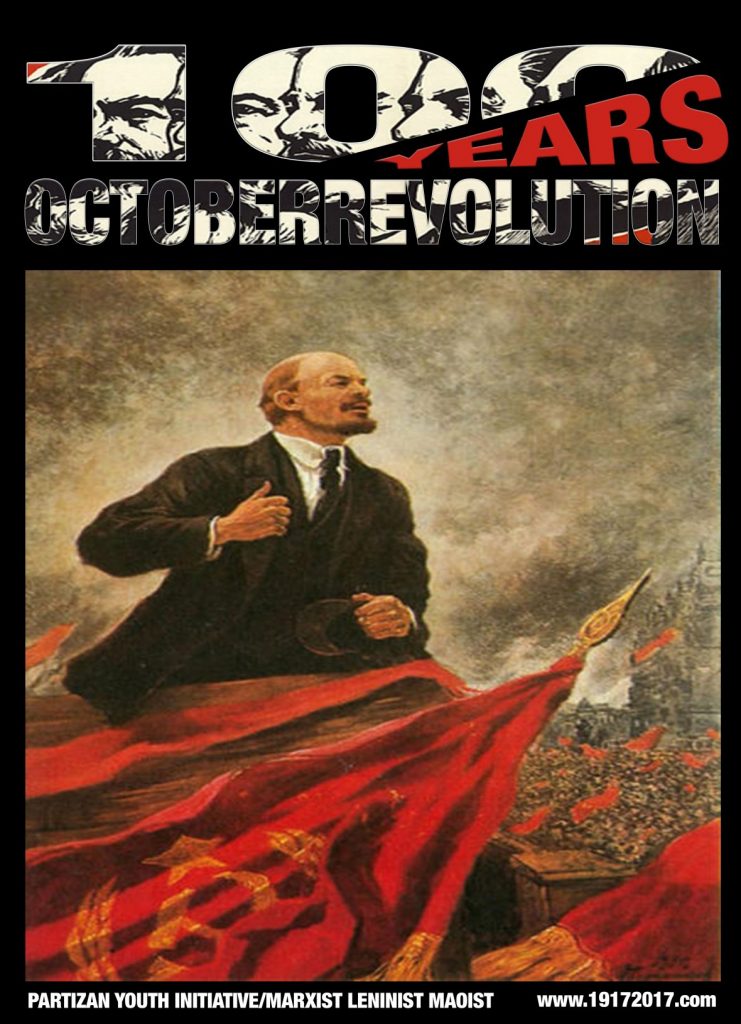