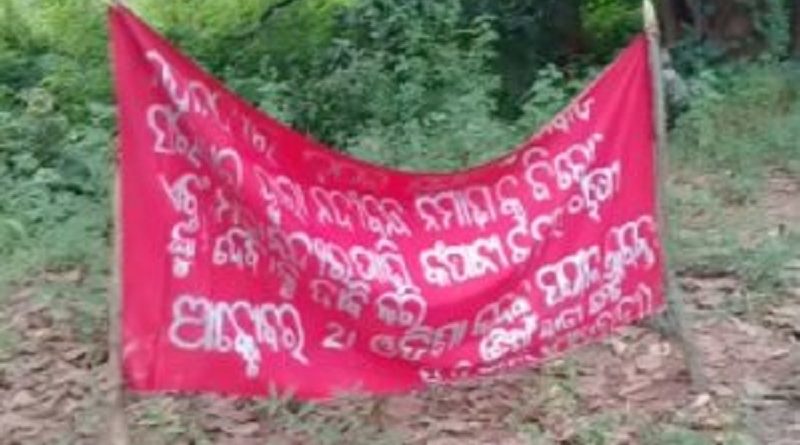 Baliguda: Maoist posters calling for Odisha bandh on October 21 has surfaced at Radiguma village under Kotagarh Tehsil in Kandhamal district on Tuesday.

The posters released in the name of CPI (Maoist) Odisha State Committee and put up near the Radiguma-Kotagarh road categorically warned the Odisha Government against providing water to industrial houses. Maoists had demanded water for farmers and appealed to the Chhattisgarh Government to stop barrage construction work on the upstream of Mahandi immediately. Giving an Odisha bandh call on October 21 against the anti-people policies of the State and Central Governments, the Red rebels appealed to people to join the bandh in large numbers.

Baliguda Police reached the village later in the day and seized the poster. Security has been tightened in the area.