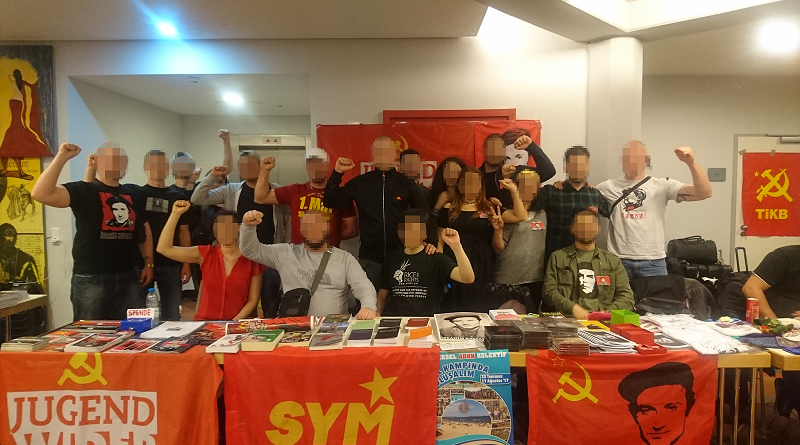 Last Saturday we took part in a memorial event for the Turkish revolutionary and communist leader Ibrahim Kaypakkaya, who was the founder of the Communist Party of Turkey (Marxist-Leninist), and all the martyrs of the People’s War in Turkey and Northern Kurdistan in Frankfurt.

It was an honor and a great pleasure for us to participate in this cultural and commemorative event. In addition to many books and material supports, speech and cultural contributions of the Turkish and Kurdish communist movement were carried on a big stage. Several thousand guests, including many youth, attended the event and filled the revolutionary memorial culture with social life, calling slogans, dancing Halay and they exchanged much and debated.

We participated in an information, books, material stand and a speech, which was read for time reasons by the comrades of the SYM (Socialist Youth Movement). Many interesting discussions were held and new contacts were made. We would like to take this opportunity to thank the organizers of the event and emphasize that the revolutionary memorial culture is a living part of our ideology for our fallen and that for us as a proletarian internationalists we do not stop at national borders and that we take the example and the role of comrades, who have given their lives in the struggle for revolution and communism, has an immense significance for us as a young revolutionary. To learn from Comrade Ibrahim Kaypakkaya is to learn to take responsibility, to give everything for the cause at a young age, to keep the revolution high, with all the strength and determination, that is at disposal for the people to fight, to remain firm among the most adverse and cruel conditions and, if necessary, to give his life.

Youth go ahead on his way!