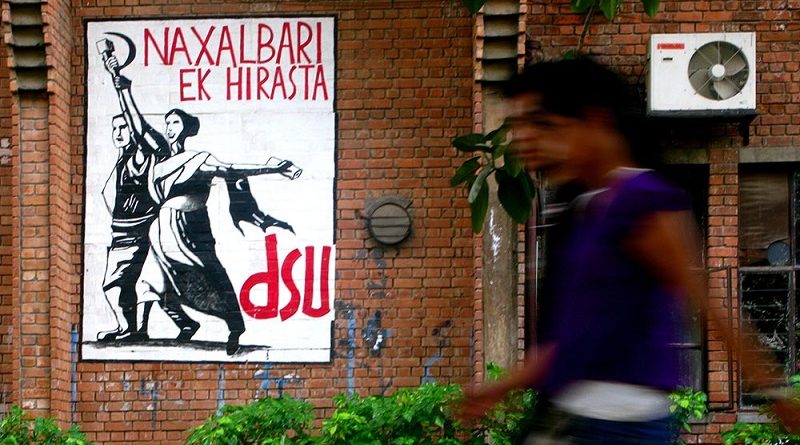 There are moments in politics that seem to soak up and crystallise a lot of diffuse strains of resentment floating in the air. January 17, 2016, brought one such, with the suicide of Rohith Vermula on a Hyderabad campus, his last notes serving as a withering, darkly poetic indictment of how things were. In its immediate wake came the February incident at Jawaharlal Nehru University (JNU). Radicalism was clearly alive in India’s academic zones.

To the casual observer, this youthful sector of oppositional politics may have seemed to be articulating a collage of iss­ues: caste, beef et al. One strand stood out as a particularly troubling canker for the mainstream, though—a seeming proximity to ‘Islamist’ causes, a capacity to extend solidarity to narratives that sat very uneasily with the established view. Vemula and his associates had already reportedly protested Yakub Memon’s hanging in mid-2015. The next year, on the anniversary of Afzal Guru’s hanging (February 9), students in JNU organised an event that soon turned into a heated countrywide debate on nationalism. Vemula’s face, as a new icon of dissent, was now joined to another volatile issue.

The main thrust of the protests was self-determination for Kashmir, something hotly opposed by the RSS-affiliated ABVP. Ranged against them were members of leftist unions, including several who once belonged to the Democratic Students Union (DSU), a pro-Maoist students’ body. The heated nocturnal protest, where masked Kashmiris were seen in videos voicing the full panoply of anti-India slogans, is still the subject of an ongoing sedition case. Two ex-DSU members were in the eye of the storm.

These two had been among 11 who had quit the radical body a few months earlier, citing several differences, ­especially on gender and caste. But on Kashmir, there seemed to be a broad unanimity. For, just as the original CPI-ML in the 1960s and ’70s, the CPI (Maoist)­­ too has ­reiterated its support for Kas­hmiri self-­determination. In a 2008 interview, the CPI (Maoist)’s then spokesperson Cherukuri Rajkumar (known as ‘Azad’) had clarified that his ­party stood with “the Kash­miri people’s aspirations for independence…and their right to ­exist as a sovereign nation” and this was the case “right from the time of the formation of the CPI-ML and the MCC”.

Till February 2016, most people had not even heard of the DSU. In 2005, it had only five members, prompting many to quip that DSU was an abbreviation for Dus (Ten) Students Union. “The DSU’s strength grew between 2005 and 2010, a period when new movements were springing up alongside the UNI­ted Maoist party,” says a former member.

Devesh Kumar, Bihar spokesperson of the BJP, says the radicals had been active when he was a student of JNU. “They held clandestine meetings in their rooms and did not organise any events. They had poster campaigns with more or less the same anti-state, pro-Kashmir themes or about tribal rights and Northeast insurgencies, but they had very limited appeal,” says Kumar, who was an ABVP president in JNU circa 1993-94.

The reason for the limited appeal, as a former member exp­lains, is how the symbol of the gun always found its way into all DSU programmes. It now has around 20 members and foc­uses on both student-related and global issues. It does not contest elections in JNU since the 2006 Lyndoh Committee recommendations. “Usually, we organise events related to the Kashmir issue, but on February 9 last year, we decided to abstain since our former members were organising an event,” says Dawa Sherpa, DSU member and PhD scholar.

“It is only of late that Kashmiri separatists have found common cause with the Left,” says Kumar. “Muslims voted Left in JNU mainly to oppose the ABVP. Once they are out of campus, they find other parties. Bihar Congress MLA Shakeel Ahmad was a member of SFI and later AISA when in JNU. Other Muslim politicians have found the JD(U) or RJD,” says Kumar.

As a group on the extreme left, the DSU did not grow as much as other outfits such as AISA, affiliated to the CPI-ML (Liberation); the SFI, affiliated to the CPI(M); and the AISF, affiliated to the CPI—all relatively centrist. “The DSU reappeared in JNU after a hiatus sometime during my two years there and I always found DSU positions far too extremist and radical to be practically possible and also too dogmatic for my liking,” actress Swara Bhaskar had said in an open letter shortly after the February 2016 incident.