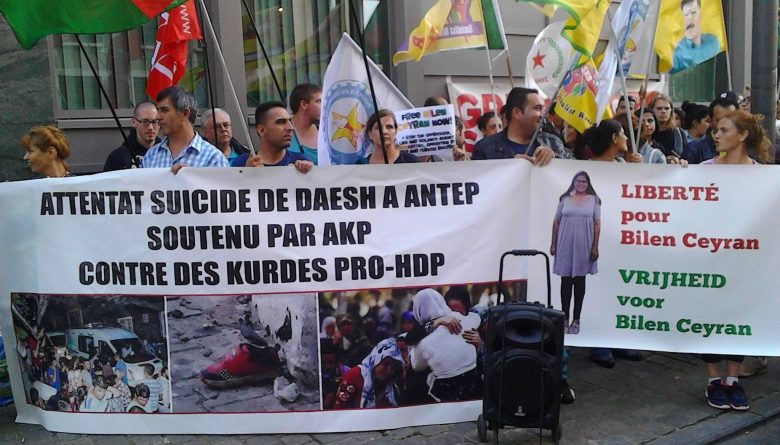 Bilen Ceyran is a young Socialist Activist from Belgium and the Co-Chair of the Socialist Youth Organisation – Young Struggle Europe. She has been studying Law in Belgium and was due to start further studies in France this September.

She was visiting Turkey with two other comrades and was stopped and arrested under the State of Emergency Laws in Turkey and is accused of terrorism and conspiring with the Coup organizers and Gulen Movement, all of which has been fabricated by the Turkish police.

There has been no contact with Bilen for over a week. She has been denied legal representation and any contact with friends or family who are extremely worried about her. There is no news of her whereabouts or welfare. The Turkish prison system is a dangerous place for young socialist women and she is at high risk of mental, physical and sexual abuse.

Comrades in Belgium started a petition for her release : https://www.change.org/p/ministre-des-affaires-%C3%A9trang%C3%A8res-et-des-affaires-europ%C3%A9ennes-didier-reynders-aide-concernant-la-situation-de-mme-ceyran-bilen-d%C3%A9tenue-en-turquie