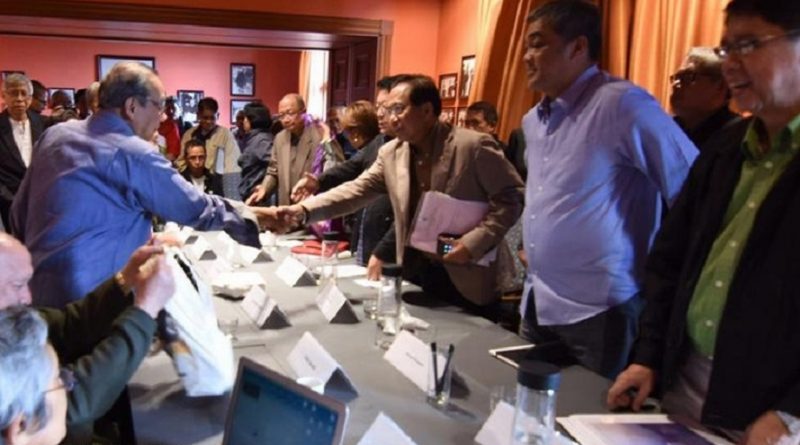 Metro Manila (CNN Philippines) — Fresh from peace negotiations in Oslo, Norway, the government panel (GPH) arrived on Monday with smiles on their faces.

Dureza said, the agreements might just need to be updated, after more than a decade.

“We shall also enhance it further if necessary. Subject to mutual agreements of both sides.”

One of the major points discussed, according to Dureza, is the reconstituting of the agreement on safety and immunity guarantees — that gives members of the CPP-NPA-NDFP immunity.

“They will be immune from arrest during the time when they participate in the peace negotiations,” Dureza explained.

Aside from immunity, Dureza said the GPH panel is inclined to recommend to President Rodrigo Duterte to grant amnesty for all CPP-NPA-NDFP prisoners.

“On the matter of the amnesty of prisoners, the panel committed that we will recommend to the President amnesty for all prisoners,” Dureza said.

“However, we will leave that to the final judgment of the President… to the concurrence of Congress.”

Dureza also reported that the CPP-NPA-NDFP panel commended the directive of President Duterte to release 20 CPP-NPA-NDFP leaders who also served as consultants in the peace talks.

“They were able to catch up. Some were late, but they arrived. They are all in Oslo, Norway to participate in the peace negotiations,” Dureza added.

Dureza also said both panels are contemplating on declaring a bilateral indefinite ceasefire — emanating from the respective unilateral ceasefire declarations of President Duterte and the CPP-NPA-NDFP leaderships.

As the President of the League of Cities, Pamintuan said the GPH was able to convey the concerns of local government units (LGUs), as the most affected sector in the conflict between the Philippine government and the communist rebels.

“We are the most affected,” Pamintuan said. “The war that has been going on for decades, and mostly affected are our agricultural workers and fisherfolk.”

According to Dureza, both panels will also exchange drafts of their recommendations on how to address such concerns.

The GPH and CPP-NPA-NDFP panels will again meet in Oslo on October 8-12, to act on the deliverables on the ground while the peace negotiations are ongoing.