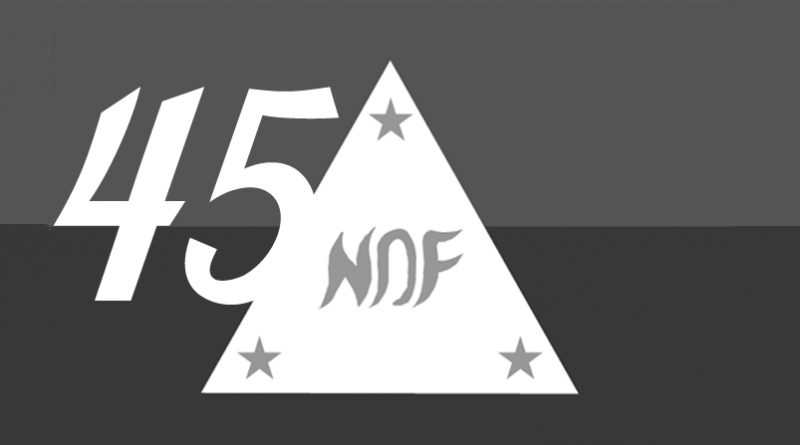 The Filipino people’s revolutionary forces today are holding celebrations across the country and around the globe to mark the 45th anniversary of the founding of the National Democratic Front of the Philippines (NDFP). The leadership and entire membership of the Communist Party of the Philippines (CPP) join this celebration and extend profound greetings of solidarity to their allies in the NDFP.

The theme of the NDFP’s 45th anniversary celebrations, “Build the broadest united front to strengthen the organs of political power and the people´s democratic government” correctly points out to the current historic role being played by the NDFP. Indeed, the NDFP plays an important role in building the broadest unity of the Filipino people as they wage revolutionary armed struggle and civil war against the ruling reactionary regime.

The NDFP was established in 1973 based on the initiative and preparations made by the Party since the latter’s reestablishment. It initially brought together the national democratic organizations that went underground upon martial declaration in 1972 by the Marcos dictatorship. They are united by the Filipino people’s aspiration for national and social liberation as crystallized in the Party’s Program for a People’s Democratic Revolution and the NDFP’s 12-Point Program. The NDFP’s immutable commitment to advance the revolution has enhanced its prestige among the people. It continues to draw support and attract new allies. The NDFP has now 18 affiliate revolutionary organizations.

The NDFP is the most consolidated united front organization of basic revolutionary forces under proletarian leadership. It is established on the foundation of the basic alliance of workers and peasants, chiefly expressed by the Party’s leadership of the New People’s Army, as well as by revolutionary mass organizations among various sectors of the toiling masses. It is further composed of various organizations among the petty-bourgeoisie. It reaches out and wins over the middle bourgeoisie and establishes temporary alliances with other class forces to isolate the main enemy.

The NDFP is a united front that steadfastly serves the revolutionary armed struggle being waged by the NPA. For four decades and a half, allied organizations of the NDFP have extended political and material support to the NPA. From the ranks of the NDFP allies have emerged Red fighters and commanders of the NPA.

As a solid united front, the NDFP has served as the strong underground core of broad people’s movements. It served as the mainstay in the broad anti-dictatorship struggle against the Marcos regime. In 1981, it represented the Filipino people in the case against the Marcos regime before the International People’s Tribunal. It has unwaveringly represented the national democratic interests of the Filipino people in the past three decades of successive pseudo-democratic regimes since 1986.

By waging protracted people’s war and building the armed strength of the people, organs of political power are being established across the country, primarily in the countryside. These are built from the village level up on the foundations of peasant revolutionary mass organizations. There is a proliferation of revolutionary committees nationwide at the village level. These mobilize the people to carry out land reform and antifeudal struggles, as well as undertake efforts to raise the people’s livelihood. These provide educational, health, economic and other public services. Local conflicts are settled through arbitration. Peace and order is maintained through the mobilization of militias and self-defense units. Drug and other criminal syndicates are prevented from operating in these areas.

The NDFP serves as framework for establishing revolutionary organs of governance at the municipal, district, provincial and regional levels. The national entirety of these organs of political power comprises the people’s democratic government (PDG), albeit in rudimentary form. It administers justice and exercises such state prerogatives as taxation. It implements environmental and other policies in line with the people’s nationalist and democratic aspirations.

Under the Party’s absolute leadership, the NPA serves as the PDG’s armed force. It defends the PDG, helps strengthen and expand its authority and enforces its policies. It engages in civil war against the ruling Government of the Republic of the Philippines (GRP) which represent the ruling classes of big bourgeois compradors and big landlords under US imperialist hegemony.

The NDFP represents the PDG until it can be formally established. As such, the NDFP has established proto-diplomatic relations with states and other international agencies. It has also represented the PDG in peace negotiations with the GRP since 1986. For more than 25 years, this has been governed by the terms set by The Hague Joint Declaration signed in 1992. The NDFP jointly signed with the GRP the Comprehensive Agreement on Respect for Human Rights and International Humanitarian Law (CARHRIHL) in 1998.

Peace negotiations with the Duterte regime

In 2016, the NDFP spiritedly pursued peace negotiations with the Duterte regime after the latter made public declarations of being “Leftist” and anti-American and promising to release political prisoners, support land reform and pursue an independent foreign policy. As a way of engaging and encouraging such declarations, which no reactionary regime made prior, the NDFP acceded to an indefinite ceasefire which lasted a good six months.

In four rounds of peace talks, the NDFP vigorously asserted and advanced the cause of fundamental social reforms and sought the broadest support of all progressive and positive forces. The NDFP came up with a more detailed program which addresses the central socio-economic and political issues of the civil war. The NDFP’s draft on Comprehensive Agreement on Socio-Economic Reforms (CASER) is a practical blueprint of necessary and applicable reforms. It was able to further strengthen and broaden its ties with various patriotic and democratic classes and sectors, as well as with elements of the ruling classes.

Duterte, however, turned his back against his own declarations of reform and mounted an increasingly brutal and cruel war of suppression under Oplan Kapayapaan, targeting unarmed peasants and minority peoples defending their land. Aerial bombing, curtailment of rights to travel and engage in commerce, food and aid blockades, illegal arrests, torture and killings are the norm under Duterte’s martial law in Mindanao and virtual martial law across the country, especially in the rural areas.

Duterte refused to fulfill his promise to issue a general amnesty proclamation to release all political prisoners. He stubbornly demanded the NDFP to commit itself to a prolonged ceasefire prior to any agreement on substantive issues, contrary to the established agenda and succession of issues. Failing to use the peace talks to tie the hands of the revolutionary forces, Duterte declared the termination of peace negotiations with the NDFP in November last year, and subsequently declared the Party and NPA as terrorists and ordered the arrest of the NDFPs’ peace consultants.

Amid increasing isolation brought about by strong resistance to his tyranny, Duterte has recently made overtures to revive peace talks, but has yet to make substantive measure to bring the talks back to track.

Build the broadest anti-fascist united front against the Duterte regime

The Filipino people are currently suffering gravely under the tyranny and terrorism of the US-Duterte regime. As the strongest united front organization, the NDFP plays an important role in building the Filipino people’s broadest unity to isolate and resist the US-Duterte regime. By waging revolutionary resistance, both in the urban underground as well as in rural armed struggle, the NDFP helps strengthen the people’s determination to fight and defeat the despicable regime.

In line with the principles of united front building, the basic revolutionary forces must be resolutely strengthened to serve as solid foundation, rampart and scaffolding for building the broadest anti-fascist united front against the Duterte regime. To do so, the broad masses of workers and peasants must be mobilized in a big way to expose and actively resist the fascist attacks of the Duterte regime against the people. Solid blows by New People’s Army against Duterte’s fascist machinery will rouse widespread resistance against the regime’s tyranny and terrorism.

All revolutionary forces allied with the NDFP must help in building the broadest anti-fascist united front against the Duterte regime. They must exert effort to link up the struggles against Duterte’s fascist terrorism with the people’s anti-imperialist and antifeudal struggles. By doing so, the NDFP is being further strengthened as a united front for advancing the people’s democratic revolution.

The Filipino people’s determination to advance the national democratic revolution is being further steeled amid the worsening crisis of the semicolonial and semifeudal system. Under the leadership of the Party and the strength of the NDFP, they look forward to attaining complete victory in their struggle for national and social liberation.