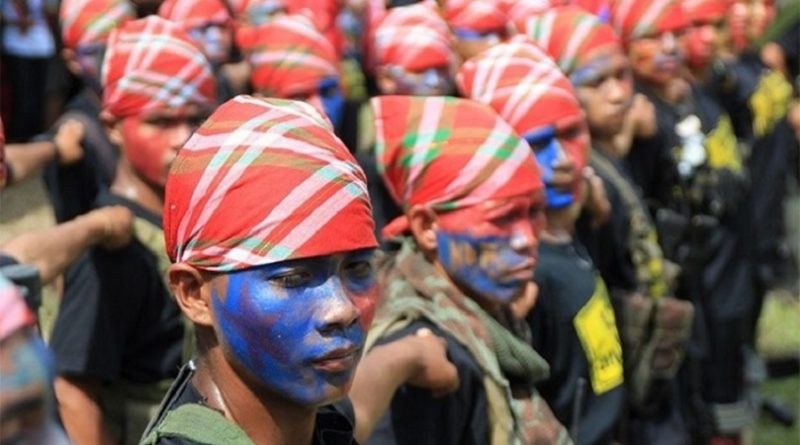 In connection to the war in Syria and the threats of an even bigger war, some opponents of war put forward slogans like “peace is the most important thing” and “we must secure peace.” It comes from noble intentions, but echoes the “peace-movement” from the 70’s and 80’s. This movement also enjoyed some support from the Soviet Union and their satellite parties in the west, “NKP” (Norwegian Communist Party) being one of them.

No peace under imperialism

The problem with such statements is not the feelings or intentions behind them, but that they are in essence deceitful. The truth is that there will not be peace as long as capitalist imperialism dominates the world. It is in this system’s nature to breed wars. Talking about “preserving the peace” is almost a mockery of the world’s masses who live in regions and parts of the world that have not seen peace in over a century.

The way certain peace-activists talk about peace creates illusions. It paints a picture of peace as the normal state, that the relative peace seen in Western Europe during the last decades is “normal”. This leaves one with an unpleasant aftertaste, seeing as these activists are very concerned with keeping wars away from Western Europe, and seeing that the European big powers have been spreading war around the world for a century.

Only people’s war until communism can abolish war

Some peace-activists spread illusions about what can end wars. Lenin pointed out that under imperialism, a single war can be stopped by popular opposition to war and mobilization of the masses. War in general, however, cannot be stopped within this system. The competition and concentration of money and power inherent in capitalism, as well as the redivision of the world under imperialism will necessarily lead to war. The rulers don’t wish war at all costs all the time, but they have no scruples against waging war as long as it advances their interests.

The only thing that can end war is war against war – as Lenin concluded. Revolutionary war is the alternative to imperialist war. Or as Mao Zedong put it: “We are advocates for the abolition of war, we do not want war; but war can only be abolished through war, and to get rid of the gun it is necessary to take up the gun.” This is the Marxist – and today Maoist – line. Only when the people take up arms against the rulers will the brutal monsters be stopped once and for all.

Those in power want the people to be weak, complacent and peaceful, because this allows them to ravage freely. Allowing them to dominate the people with their professional armies, where Norwegian professional soldiers shout “to Walhalla!” before going out to kill Afghanians. The want a warrior culture, but only among a part of the people, who they recruit to the bourgeois apparatus of violence. While the rest of the people should preferably stay kind as lambs.

The proletariat is condemned to win.

Despite propaganda, the imperialists will not succeed in the long run. They are dependent on the masses, and the system will discipline and harden people, just like the proletariat is organized, hardened and disciplined by capitalism itself. Capitalism has not only created a class that stands in opposition to the system, but this class is also the toughest and hardest class. The proletariat is hardened and disciplined by their position in the class hierarchy and production. Additionally, the masses form the vast majority, and not a minority.

These distinguishing traits of the proletariat and the people doesn’t only make is so that they can only win – it makes them incapable of losing. If they unite in a revolutionary struggle, then it’s only failure on the part of the leadership that can stop the people’s war. The proletariat is a young class, having existed only for a couple of centuries. However, barely a century passed before this class seized power in the largest country in the world (Russia), and less than fifty years later the proletariat seized power in the most populous country in the world (China). The counter-revolutions and defeats that followed these years are only temporary setbacks for a class that has the progress of history on its side.

It is the proletariat that will abolish war, through its own protracted people’s war and by forever abolishing all classes and their political and military structures. World communism will, for the first time in millenia, establish world peace on all continents and in all corners of the world.