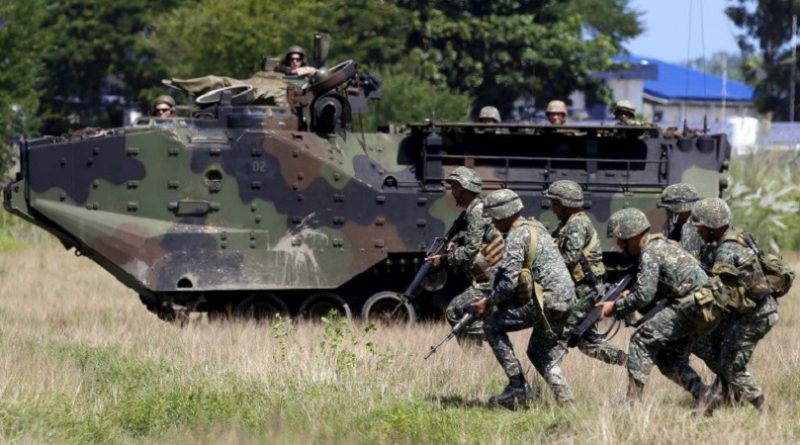 The Communist Party of the Philippines (CPP) denounces the presence of American military forces in and around Marawi City and their armed interference in the on-going operations of the AFP.

The Filipino people recall how the US planned and trained Philippine special forces personnel, in collusion with top military and police officials of the Aquino regime, in the botched Mamasapano operation in January 25, 2015 which led to the killing of more than 40 PNP personnel.

By declaring martial law in Mindanao, giving the US-trained and US-dependent Philippine military and police full-powers, deploying thousands of its armored grounds troops and ordering aerial bombardments using American bombs, the Duterte regime has laid out the perfect pretext for the US military to intervene.

Professing ignorance of US military assistance and participation in the Marawi operations, Duterte has declared he will just be thankful for the situation and allow the AFP and DND to let it continue allowing US presence. In doing so, however, he has practically affirmed his complicity with the intervention of a foreign military power.

In contrast to how vigorously he has denounced the unproved presence of foreigners among those he identified as terrorist groups, he has now meekly accepted the presence and operations of American soldiers in violation of Philippine sovereignty.

In letting the US military to continue remote-controlling the AFP and US soldiers to participate in combat operations in Marawi, Duterte is raising the Filipino people’s doubts as to the seriousness or trifleness of his rilings against US military intervention and declarations for an independent foreign policy.

American military presence and intervention starkly demonstrates how Philippine national independence remains false 119 years after it was declared under the “protection” of US imperialism on June 12, 1898.

The US military has long used so-called “anti-terror cooperation“cover for its intervention in the country. It has labelled as “Islamic terrorists” such groups as the Abu Sayyaf which trace its roots to US, Saudi, Pakistani and Israeli funded groups in Afghanistan in the 1980s and recently in Iraq and Syria. Leaders of these groups are linked as well to corrupt officials and personnel of the AFP.

Like the rest of the Filipino people, the Moro people are still not free. They continue to suffer from national oppression. Over recent years, there have emerged various groups which seek to press on with the Moro people’s armed resistance in the face of the refusal of the ruling reactionary state to recognize Bangsamoro autonomy.

Locally and internationally, the reactionaries are fanning the flames of a religious war. The Trump government and other imperialist governments are using Islamophobia to continue justifying its clampdown against immigrants and refugees.

In using religious symbols, reactionary armed groups obscures and weaken the struggles of the Moro people for national and social liberation By paving the way for US military intervention and giving the US-controlled AFP full-play to wage all-out war, the Duterte regime has caused massive displacement and sufferings of hundreds of thousands of Moro people. In the end, it may succeed only in further stoking Moro resistance.

Communist Party of the Philippines
12 June 2017