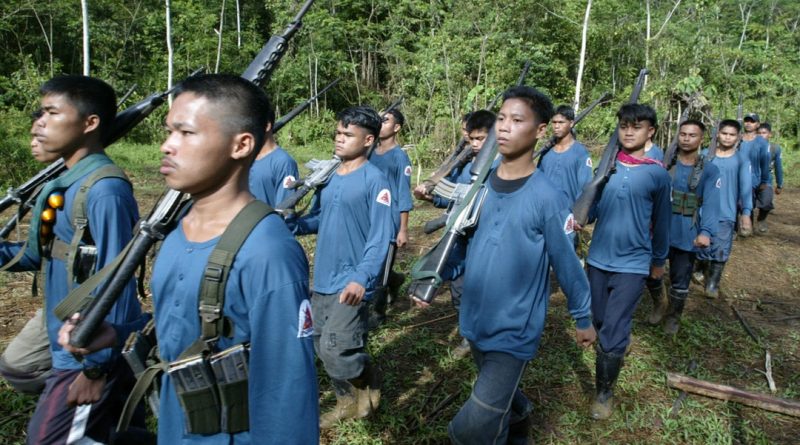 The Revolutionary Proletarian Army – Alex Bongcayao Brigade (RPA-ABB) is a break away armed group from the NPA in 1994 after they rejected and refused the rectification movement launched by the revolutionary movement against errors and deviations from the ideological, political and organizational line. At present they continue their anti-people activities.

The bandit RPA-ABB became diehard counter-revolutionaries after they surrendered in 2000. They bragged about the fake and bogus peace talks of the US-Estrada regime and became an instrument to justify localized peace talks offered by the reactionary government to the revolutionary movement until now. They are currently used as a paramilitary extension of the reactionary government to go after and destroy the genuine revolutionary movement, pretending and introducing themselves as revolutionaries but in truth they are mercenaries, bandits and goons of the hacienderos and politicians in Negros Island and nearby islands like Panay and other places in Luzon.

This armed group has a long list of crimes against the people and the revolutionary movement, the following are some of the highlight cases they are facing in the people’s revolutionary court:

This NPA offensive is a response to the long time demand of the people for the punishment of the RPA-ABB because of their bandit activities that sow terror, kill farmers, steal and extort; for being guns-for-hire and for taking part in the reactionary government’s “counter-insurgency” program aimed at destroying the revolutionary movement.

The AGC calls on members of the RPA-ABB to resign and renounce your bandit organization, connect with or surrender to the nearest NPA unit in your area and clear your status in the people’s revolutionary court. The NPA will not think twice in implementing punishment if you continue your grievous acts against the people.

Long live the oppressed masses!
Serve the people and the revolution!