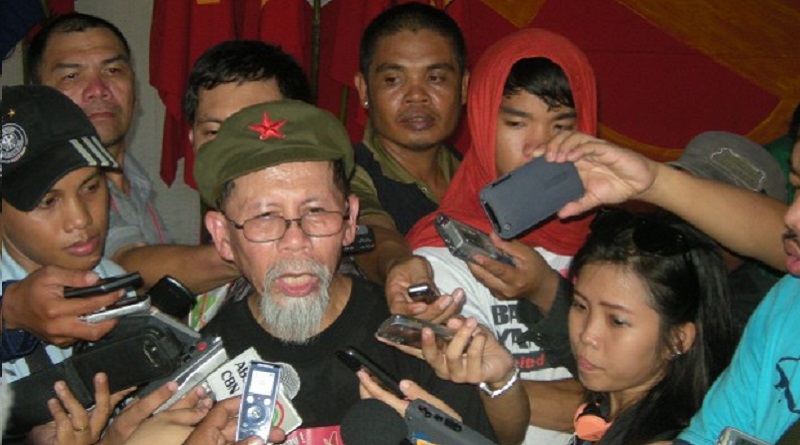 Contrary to AFP black propaganda, the revolutionary movement is firmly united in its aspiration for a just and lasting peace by addressing the roots of the armed conflict, said New People’s Army spokesperson, Ka Oris, on Thursday.

“There is absolutely no truth to the AFP psywar claims that the revolutionary movement is divided into three camps, and that I represent one camp,” said Ka Oris.

“The NPA is solidly behind its NDFP representatives and consultants to the peace talks. We commend the dedication and hard work they put into the talks in the movement’s efforts to bring just peace even just a little step closer to the Filipino people.”

As NPA spokesperson, Ka Oris consistently re-echoes the decision of the NOC and the Party on the reasonable termination of the unilateral declaration of interim ceasefire. The NDFP negotiating panel was properly consulted and advised of such a decision.

“While the whole revolutionary movement relies on armed struggle as the principal form of struggle that will ensure the people’s liberation from imperialist and feudal oppression, we are always open to explore whatever avenues the situation may open to achieve comprehensive reform.”

The CPP and NPA terminated the unilateral ceasefire because the Duterte government continued to deny justice and freedom to political detainees and because it has become untenable for NPA troops to keep on evading the aggressive offensive operations of the AFP.

The NDFP negotiating panel has repeatedly declared its respect for the CPP and NPA’s decision to terminate the ceasefire declaration, and the whole revolutionary movement is united and determined to continue advancing the Filipino people’s interests both through armed struggle and negotiations for just peace.

“The lie about factions is an AFP ploy to sabotage the peace talks. By spreading this lie, the AFP hopes to sow doubt and discord within the revolutionary movement and undermine the Filipino people’s hopes for a just peace,” added Ka Oris.

“It is actually in the Armed Forces where pro- and anti-Duterte factions exist and crawl over each other over who gets the privileges and the lion’s share in the spoils of the anti-drug war, the corruption racket on the budget for the renewed all-out war and the increased US military aid,” said Ka Oris.

He also pointed out that “Since the resumption of peace negotiations in August 2016, it has been the AFP and its forward deployment and occupation of barrios in the NPA guerrilla zones, that has been the biggest stumbling block. Indeed, they have succeeded in having Duterte toe the US counterinsurgency doctrine of defeating the people’s war through combat operations, psywar and pacification.”