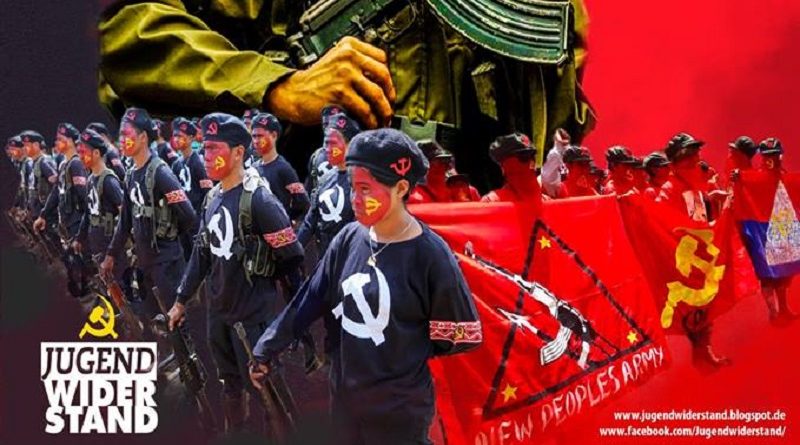 As Founding Chairman of the Communist Party of the Philippines and Chief Political Consultant of the National Democratic Front, I convey the warmest greetings of solidarity to Jugendwiderstand (Youth Resistance) and appreciation for launching a Month of Solidarity with the People’s War in the Philippines in Germany in this month of March 2018. I salute you for supporting the Filipino people´s struggle for national and social liberation along the general line of the new democratic revolution, under the leadership of the working class and with a socialist perspective. 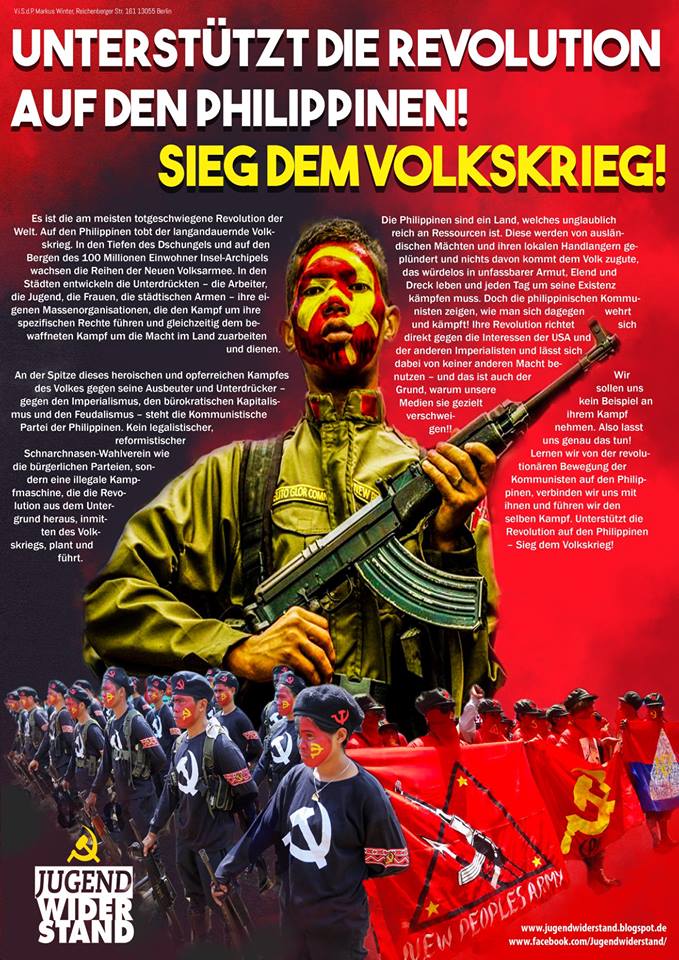 Your initiative is a new and significant step towards developing solidarity between activists in Europe, and the Filipino people and their revolutionary forces. Today, because of the rapid escalation of the repression by the fascist and counter-revolutionary US-Duterte government, it is crucial to develop more activities of solidarity in various forms to make the Philippine revolution more known to the people in Europe. Solidarity and support for the Filipino people´s revolutionary struggle can also serve to inspire the people of the world to intensify their resistance to imperialism and all reaction.

In the nearly 50 years since the re-establishment of the Communist Party of the Philippines, the people’s war carried out mainly by the New People´s Army to ultimately smash and dismantle the military and bureaucratic machinery of the reactionary state has spread nationwide. It has generated scores of guerrilla fronts in more than 80 provinces and enabled the formation of revolutionary mass organizations, various types of self-defense, alliances and the local organs of political power which constitute the people´s democratic government.

At the moment, the Filipino people and revolutionary forces are struggling to reach the stage of strategic stalemate in the people´s war. Approaching this stage requires a tremendous amount of struggle and represents a major advance towards the socialist future for the Filipino people. As the Philippine revolution advances, it serves as a beacon to inspire revolutionaries in Europe, encouraging them to wage various forms of struggle, exchange experiences and lessons with Filipino revolutionaries and cooperate in building international solidarity and revolutionary movements of the people.

We call on all revolutionary and progressives forces to attend the activities in Stuttgart, Nuremberg, Weserbergland, Magdeburg and Berlin, and to learn about and propagate the Revolution.

Serve the People. Serve the Revolution!