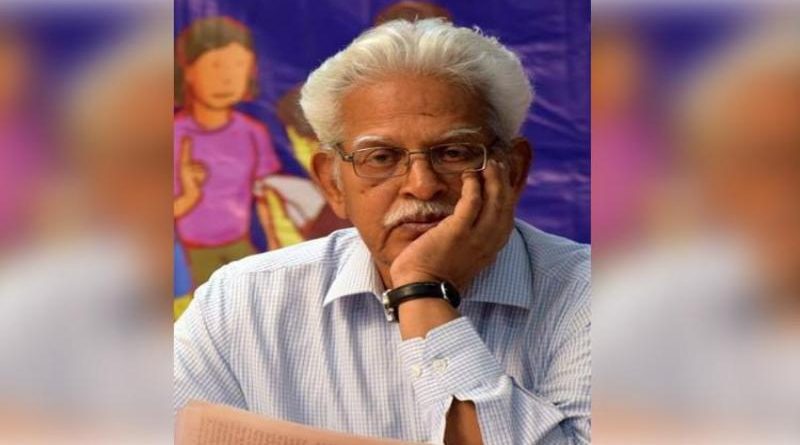 The writer called the Greyhounds an unlawful police force and termed the killings as ‘state-sponsored’.

Condemning the alleged encounter that took place near Telangana-Chhattisgarh border on Friday in which 10 suspected Maoists were gunned down by the police, revolutionary writer Varavar Rao termed the killings as ‘state-sponsored’.

Among the 10 people who were killed, six were women. Besides, a greyhounds (elite anti-naxal force) constable, B Sushil Kumar died, while three others suffered injuries.

Speaking to TNM, Rao said, “It was a cold-blooded murder. These killings can’t be termed as encounter. The police have claimed that they had credible information about their hideouts and went to fire at them. Can that be called an encounter?”

This was the first major incident in Telangana since the state’s formation in 2014.

“In an encounter, two groups should have confronted each other and exchanged fire. This unlawful killing mocks the constitution.”

Attacking the Greyhounds for their action, he alleged, “Greyhounds is an unlawful police force… and they also violated another law by going to a neighbouring state to kill them.”

Doubting the claims made by the police, he said, “Except for Prabhakar, who is a district level leader, all others are Adivasis, who are the most downtrodden. There is no evidence that they were Maoists.”

Although it was initially assumed that Haribhushan alias Jagan, a top leader of the Communist Party of India (Maoist) was killed in the encounter, police on Saturday clarified that he is yet to be caught.

Police identified the slain Maoists as Dadaboina Swamy alias Prabhakar, Ithu, Budri, Rame, Mallesh, Kamala, Kosi, Sukki, Ratna and Sombi. Except for Prabhakar, all the others belonged to Chhattisgarh.

Several other civil rights activists have condemned the ‘encounter’. Human rights activist KV Jagannadha Rao said that it was definitely a fake encounter. “If police had credible information that they were Maoists, they should have arrested them. The killings were uncalled for.”

A PIL also has been filed by Civil Liberties Committee president Gaddam Laxman, who called the encounter unconstitutional.

Following this, the court has directed the government to video-graph the post-mortem of the slain Maoists.