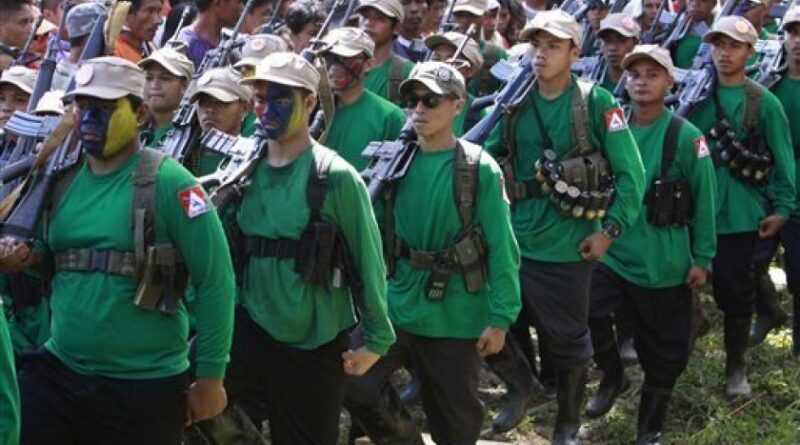 The New People’s Army (NPA) will mark its 52nd anniversary this coming March 29. More than ever, the NPA is determined to ardently serve the Filipino people, defend them against the US-Duterte regime’s state terrorism, surmount the US-supported all-out offensives of the combined forces of the Armed Forces of the Philippines (AFP) and Philippine National Police (PNP) and further advance the people’s war.

Another very costly nationwide March offensive is set to be mounted by the AFP and PNP. It will mobilize all its troops and assets in large-scale combat operations and aerial bombing campaigns against the NPA and against the peasant masses and minority people. Over the past few years, the AFP has been mounting intensified offensives during the March and December. Its vain hope is to prevent the revolutionary forces and people from celebrating the founding anniversaries of the Party and NPA.

The Party calls on all units of the NPA to stay ever alert, closely monitor movements of enemy troops and carefully avoid enemy detection. At the same time, it must plan to carry out tactical offensives against detached and isolated enemy units, remote tactical outposts, enemy supply lines and others. Military helicopters and other air assets of the AFP are prized targets for interdiction. The NPA must choose the most opportune place, time and circumstances for mounting tactical offensives. The NPA must rely on the widespread and deep support of the masses for surveillance and intelligence, for securing supplies and augmenting the NPA units in carrying out widespread guerrilla warfare.

Last December, the AFP’s nationwide offensive achieved very few successes, significantly less compared to March last year. Tactical offensives were mounted by the NPA by early January against isolated and tired enemy units before they went back to camp. The NPA is commendable for keeping the number of defensive battles low since the start of the year.

The people’s army has repeatedly frustrated the AFP and Duterte’s repeated declarations of crushing the NPA. The relentless psywar and propaganda campaign claiming massive “surrenders” have been exposed as a sham. The Duterte regime has imposed a reign of terror in rural villages in its desperation to separate the masses from the NPA by placing their villages under military garrison-like conditions where people’s movements, economic activity, commerce and everything else are controlled by the military.

The Party calls on the NPA to continue to steel itself amid the AFP’s dirty war against the people, relentless aerial bombardment and large-scale ground operations. These conditions of war entail great sacrifices on the part of the people’s army. These are necessary in order to preserve the NPA’s forces, deepen the people’s support, defend the people’s organizations and expand the NPA’s area of operation. These sacrifices are necessary to advance the Filipino people’s cause for national democracy.