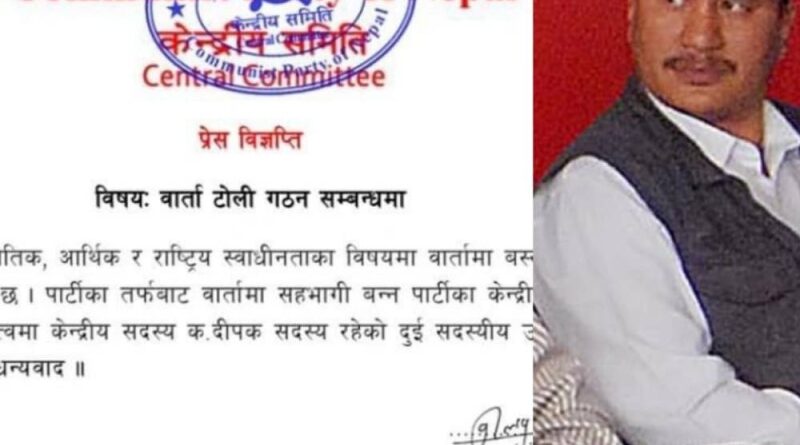 Kathmandu, March 2, 2021: Following the government’s announcement of the formation of a team to hold talks with Netra Bikram Chand ‘Biplav’-led Communist Party of Nepal earlier today, the Chand-led party too has announced that a two-member team will join the discussion table with the Government of Nepal.

As per the press statement issued by the party, CPN’s Spokesperson Khadga Bahadur Bishwakarma ‘Prakaanda’ will lead the team which will also consist of Central Committee Member of the party Deepak.

“Our party has agreed to hold talks with the government on matters pertaining to national politics, economics and self-governance,” the CPN said in a statement signed by its General Secretary Chand.

Earlier today, the KP Oli government had announced that a two-member team will open talks will the CPN.