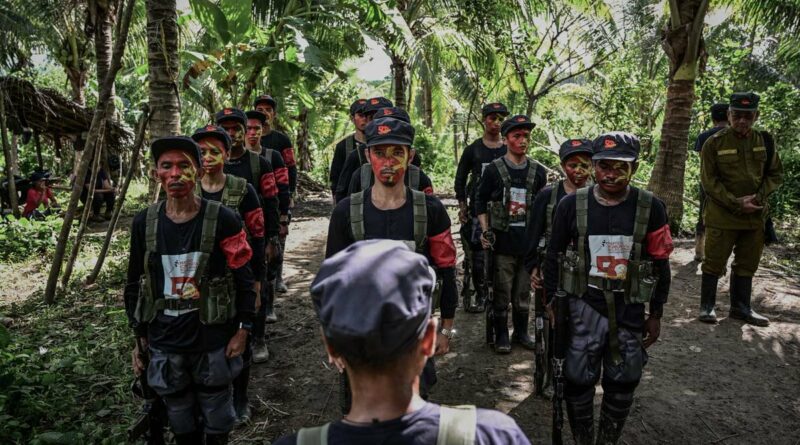 The Communist Party of the Philippines (CPP) has directed the New People’s Army (NPA) to continue intensifying tactical offensives against the Armed Forces of the Philippines (AFP) and other armed agents who are “zealous defenders of the treacherous Duterte government.”

The CPP issued this declaration in the editorial of Ang Bayan, its central newspaper, published over the weekend, amid the growing issue of Duterte’s failure to assert Philippine sovereignty and increasing encroachment of Chinese sea vessels in a growing part of the West Philippine Sea.

The editorial denounced the AFP for directing its weapons and forces to defend Duterte’s national treachery by suppressing dissenters and political opposition forces who have been ardent critics of his government’s subservience to China. As commander-in-chief of the entire armed forces, Duterte has undermined the defense of the country’s marine territory and exclusive economic zone by prioritizing counterinsurgency and the armed suppression of patriotic forces.

The Party editorial also called for building the “broadest patriotic united front” of all forces of the Filipino people to defend Philippine sovereignty and patrimony. “Philippine freedom and rights over its seas and marine resources are (being) diminished due to Duterte’s kowtowing to China and national treachery,” said the editorial.

The editorial said Duterte must be “condemned, made to account, ousted and punished for his betrayal.”

Ang Bayan said China is exploiting the opportunity to expand its control of the West Philippine Sea while the “obedient Duterte” is in power. According to its editorial, China might interfere in the upcoming 2022 elections to help the Duterte clique to remain in power.

It said the Filipino people must “act swiftly” before China further encroaches on our seas and natural wealth. It called for “all forms of resistance, from diplomatic to armed, to assert the Filipino’s inherent rights.”

According to the editorial, the fight to defend Philippine territorial waters and resources in the West Philippine Sea against China’s aggression and plunder “form part of the continuing struggle of the people to resist imperialist domination and to end the Philippine neocolonial status and attain genuine national freedom.”