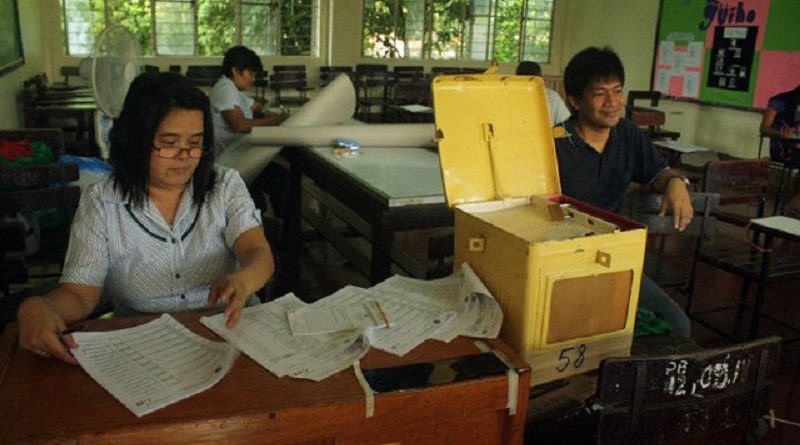 On May 14, 2018 the reactionary government of the Philippines will hold another round of the bourgeois elections. Although merely a Barangay and Sangguniang Kabataan election, a flood of political promises and money for vote buying is to be expected. For sure, anyone running for barangay captain/chairperson and counselor is a candidate of and funded by big politicians, to serve as foundation or asset for the upcoming local and national elections in 2019.

Barangay elections are no different from past polls, a reactionary election intended to strengthen the ruling exploitative and oppressive classes in the Philippines.

Accordingly, the revolutionary movement do not believe that reactionary elections will solve the basic problems of the Filipino people. The country’s bourgeois elections will never pave the way towards the establishment of the rightful power of exploited and oppressed people.

However, in view of the current political situation, the National Democratic Front of the Philippines-North Eastern Mindanao Region (NDFP-NEMR) sees the need for guidelines for candidates campaigning in barrios and to enable voters to exercise their right to freely select good candidates who will sincerely serve the people’s interests.

Inside NDFP areas in the region, all candidates are called upon to adhere to the following guidelines:

1. Candidates are prohibited from carrying firearms while campaigning to prevent them from harassing the people even though they have been allowed by the COMELEC to bring armed escorts;

2. All candidates are prohibited from being accompanied by the military/paramilitary and AFP forces implementing Community Organizing for Peace and Development (COPD) while campaigning, as it will influence, force and employ psywar upon voters to support a candidate;

3. Candidates and their campaigners are prohibited from holding counter-revolutionary activities inside the area such as intelligence gathering and maligning or sowing intrigue against the revolutionary movement and spreading violence or harassing voters or rival candidates;

4. It is also prohibited to take along persons who committed grave crimes against the people and revolutionary movement (bad elements such as criminals, drug lords and others), while campaigning in the barrios, as they are targets of military actions of the NPA;

It is best that candidates coordinate with the local units of the New People’s Army (NPA) for further clarification of these guidelines while campaigning inside NDFP areas.

The people are called upon to resist the attempts of the military and big politicians to coerce or be affected by psywar into choosing a candidate on election day.

The regional command of the NPA-NEMR orders all units under its command to strictly implement these guidelines inside revolutionary areas. At the same time, all units of the NPA are also ordered to adhere to the firm discipline and policies of the New People’s Army and the People’s Democratic Government as they enforce these guidelines.