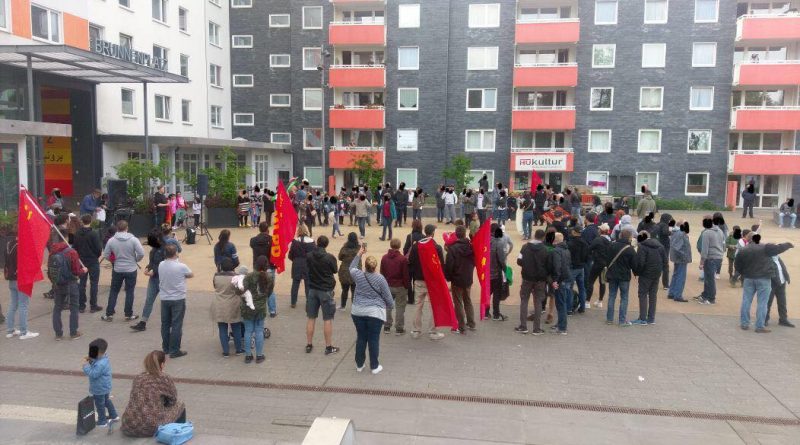 On Thursday May 3rd, Revolutionäre Aktion Bochum, JugendarbeiterInnenbund and MLPD called for a demonstration under the slogan “Free Palestine!”. Different organizations, such as Linksjugend NRW (Die Linke’s youth organization), and different comrades from the anti-imperialist spectrum and residents of Brunnenplatz and Hustadt (a district of Bochum) joined the demonstration to call for freedom for Palestine and the end of Israeli occupation.

The people who joined were in parity, and many of them joined the Palestnian folk dance at the end of the demonstration.

Zionist journalists lied about the speeches that were made that day. For example, one journalist said that the speaker from Linksjugend NRW shouted the slogan: “From the River to the Sea – Palestine will be Free!” – a slogan that we fully endorse – but it simply didn’t happen. The pro-Zionists media are carrying a campaign to attack Comrade Hannah Bruns, identifying her as the demonstration’s main organizer and trying to connect her with different communists organizations.

Antideutsche (pro-Zionist so-called “antifascists” individuals) came from several cities from Northrhine-Westphalia (NRW) to try to disrupt the demonstration by playing loud techno music. But this pathetic attempt to disrupt the demonstration only engenered sympathy from the Hustadt masses and provoked hatred for the antideutsche. Disapointed by their failure, the Zionists are now whining to the media, claiming they had stones thrown at them.

This mobilization was a success, and the organizers see the potential to organize even bigger events. This was a small but militant contribution to the Palestnian liberation struggle, with the promise of more such events to come. 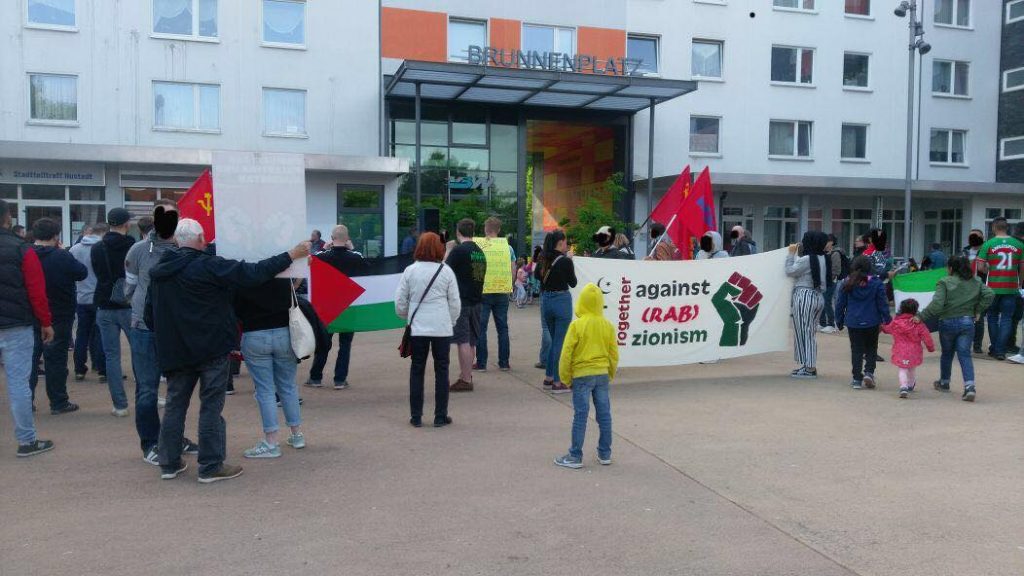