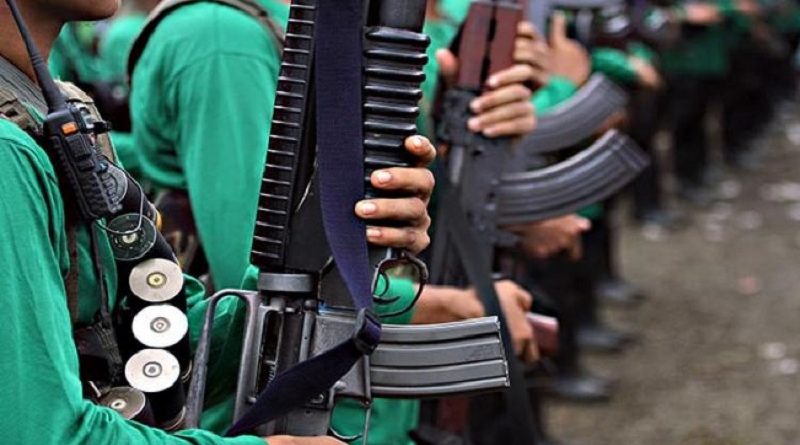 This is in response to the long-running human rights violations brought about my military presence in the said areas for almost seven months. The people in the mountainous parts of Manjuyod especially in Barangays Panciao, Lukay and Lamugong and some parts of neighboring barangays in the town of Mabinay particularly in Barangays Luyang and Bagtik are suffering.

Widespread abuses against civilians is synchronous with triad operations (combat operation, intelligence gathering and civil-military operation) of the 15th IB: work and farming are restricted by the constant monitoring of every move of the residents, rampant stealing of farm animals, forcible entry of homes, structures near communities like Barrio Halls are occupied which sows fear among civilians and influences violent activities especially among youth and students. Furthermore, gambling is spread in the locality.

The 15th IB shows desperation because of its failure in defeating the NPA. Civilians are forced to confess the presence of the NPA, school teachers are accused of being NPA supporters and 15th IB elements threaten bombings in the area like that of Marawi City if something happens to the army conducting operations. So much worse, suspected NPA supporters are coerced to enlist as “surrenderees” so officials of the AFP can show off their alleged big accomplishment and also claim the reward money placed on supposed NPA officials from the milking cow program Enhanced Comprehensive Local Integration Program (E-CLIP).

As a matter of fact, the 303rd Brigade further increased its presence in the mountainous areas of Manjuyod, Mabinay, Ayungon and Bindoy in order to secure the interest of big mining firms in the said municipalities and the Ilog-Hilabangan River Basin Project that will bring harm to practically 30 barangays covered by Negros Occidental and Negros Oriental. The implementation of the river widening and mega dam construction will result to the dislocation of thousands of residents. This has been a long time plan under the Negros First Agenda of Gov. Alfredo Marañon of Negros Occidental.

The successive NPA offensives especially in Central Negros has been declared “alarming” by local government. As reaction, the newly-formed 94th IB was augmented to protect the multi-billion projects.

The MCC-NPA will intensify tactical offensives to give justice to victims of militarization, violation of human rights, killings and destruction by the US-Duterte regime and its mercenary soldiers, the AFP and PNP.

The militarist and fascist regime of Duterte must be militantly confronted. The masses and progressive personalities must be careful of state-sponsored killings and must fervently oppose Martial Law even if it has not been declared nationwide. Overcome fear and be triumphant in overthrowing the US-Duterte regime!