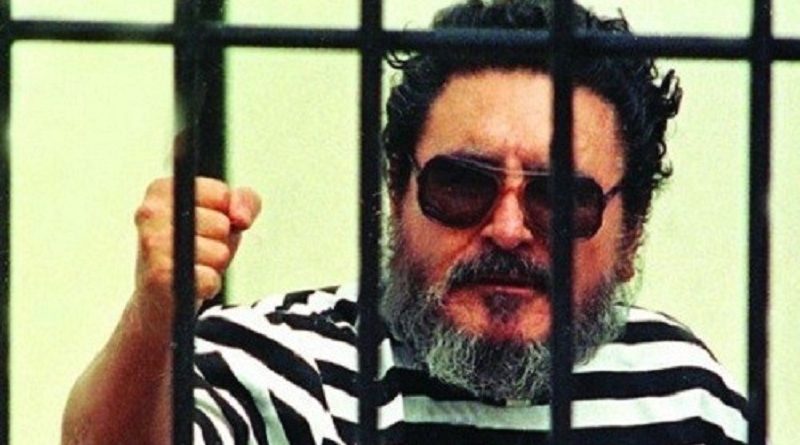 We celebrate the 24th anniversary of the historical Speech from the cage by Chairman Gonzalo, held in isolation in the prisons of the Peruvian regime and imperialism.

The 25th of September 1992, from the obscene cage in which the corrupt genocidal and anti-people Fujimori’s regime, supported by imperialism and CIA, had locked him, chairman Gonzalo, leader of the Peruvian revolution, had his historical speech, with which, among other, made strongly clear:

“We are here as children of the people and we are fighting in these trenches, they are also trenches of combat, and we do it because we are Communists! Because here we are defending the interests of the people, the principles of the Party, and the People’s War. That is what we do, we are doing it and will continue to do so! …

The road is long and we shall arrive. We shall triumph! …

What do we need? We need Maoism to be incarnated, and it is being incarnated, and by generating Communist Parties to drive and lead this new great wave of the world proletarian revolution that is coming. … ”

24 years later, the People’s war in Peru still suffers a crisis but the words of chairman Gonzalo stand as a reference point of how to advance in Peru and of great importance in the world.

Our Party never gave up the defence of this Speech and chairman Gonzalo, the support of the continuation of People’s War in Peru and the reorganisation of PCP

We still support the comrades who in Peru and abroad carry forward the ideology, the line and the practice of the People’s War pointed out by chairman Gonzalo.

Today, in Peru, the main enemy, is the right opportunism line (LOD)… the right opportunism that takes different looks in Peru and abroad and sows confusion and division. But we struggle agaisnt all tendencies that raise the red flag of PCP, People’s War and Chairman Gonzalo as a dogmatic icon.

The application of Maoism cannot develop in a dogmatic and stereotyped form, it needs to apply the MLM to the concrete reality with the necessary innovations required by the changes of imperialism and the differences in the single countries. This line has already failed in our Movement and brought about damages and deviations, it creates fiefs, not Parties.

At the same time, it needs absolutely a balance of PW in Peru for a strategic new advancement

Nobody should charge chairman Gonzalo with the simplifications of many of his supporters in Peru and abroad.

Our Party has included in its founding theses those that should be considered as the contributions of Chairman Gonzalo to the revolutionary Marxist-Leninist-Maoist theory, in its development in the current historical stage.

In the application of Marxism-Leninism-Maoism, principally Maoism, to the reality on a world scale and within each country, it is necessary to refer to what is now the spearhead of the international communist movement: the Communist Party of Peru and the Gonzalo Thought. The elements of the Gonzalo thought are finding verification in the theoretical and practical advances of Maoist parties and organizations. The “critical assimilation” of them is a necessary condition for the application of Maoism to today’s reality.

What are the contributions of Chairman Gonzalo: