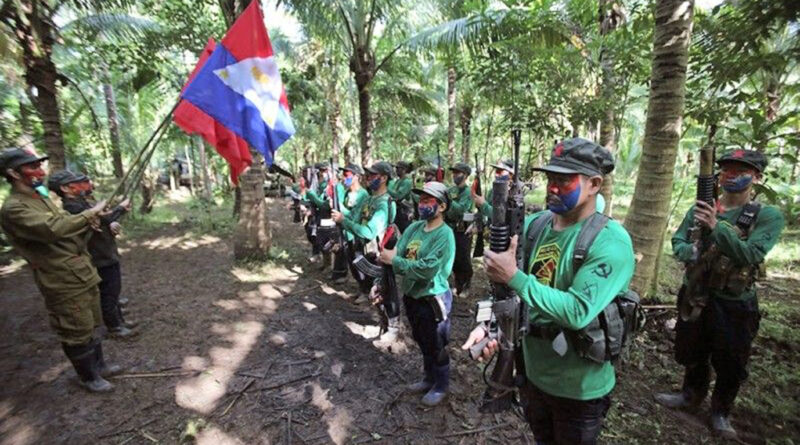 Four soldiers were killed while three others were wounded when the New People’s Army-Western Samar (Arnulfo Ortiz Command or NPA-AOC) harassed troops of the 43rd Infantry Battalion conducting a focused military operation or FMO in Oquendo District, Calbayog City on May 24 around 9:26 p.m.

According to the NPA-AOC, it’s squad used command-detonated explosives (CDX) to first fire at 14 troops of the 43rd IB who were part of the FMO launching between Brgy. Dawo and Brgy. Bayo. The Red fighters retreated without casualties.

The Armed Forces of the Philippines (AFP) lied to the public when it reported numerous casualties from the NPA-AOC. It covered up its own damage as well as the shock and clear defeat in the surprise attack of the Red fighters. The denial of their seven casualties by AFP officers was disgusting, hurting their own personnel.

The revolutionary forces and the people salute the NPA-AOC for their successful tactical offensive against the 43rd IB. It was a blow by the people against the 400-strong FMO personnel who were exploring the Oquendo District. The NPA-AOC proved that in the face of the united strength of the people’s army and the masses, the Duterte regime’s fierce, costly and anti-people counter-revolutionary war is meaningless.

The people call on all NPA units in Eastern Visayas to intensify tactical offensives against the fascist troops of the AFP-PNP. This is part of the wave of protest by the broad Filipino masses to end the tyrannical rule of the oppressive, corrupt and treacherous Duterte regime.