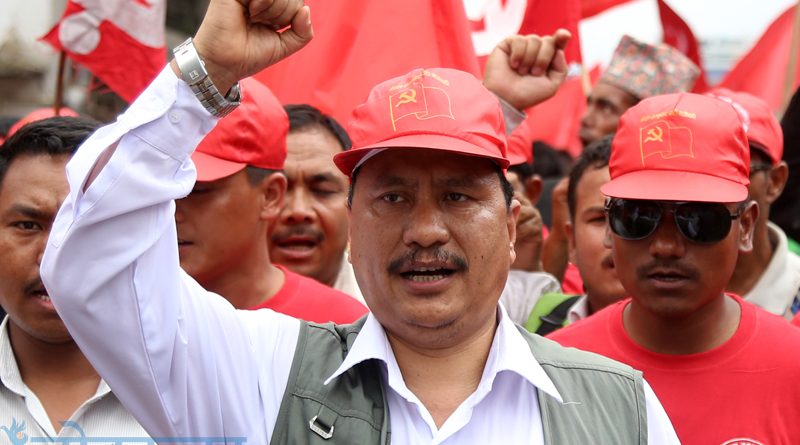 Although police are yet to parade the two arrestees, a source at the Office identified them as Dilip Thapa and Tara Thapa of Aanpagachhi in Jhapa district.

Organising a press conference at the Rautahat District Police Office in Gaur on Thursday, Superintendent of Police Yagya Binod Pokharel said that the duo were under constant vigilance of police since they aroused suspicion in Hetauda.

Acting on a tip-off, police raided room no. 105 of the Sudarshan Hotel in Chandranigahapur along the East-West Highway and confiscated 30 gelatins, 22 detonators and 4 fuse devices in the possession of two men, at around 10:00 pm last night. A press card was also found in their possession.

Further, police have impounded a motorcycle (Ga 3 Pa 3911) in their possession. The explosives along with the 4 sets of mobile phone were paraded.

The law offenders were arrested during the security check carried out after it was learned that the cadres of Netra Bikram Chand-led CPN Maoist were shipping in explosives to disrupt the local elections.

Further investigation into the case is underway, said the SP Pokharel.