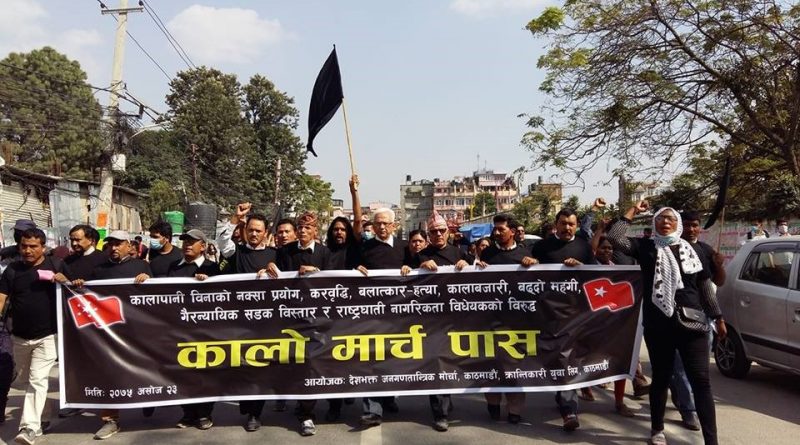 Kathmandu: CP Gajurel, the Chairman of Patriotic People’s Republican Front, Nepal, has said that they have poured into street to discover the lost territories and search maps from the government offices that exclude those areas. He had said it in a programme, which was organised at Shanti Vatika after the Black March Past that followed the route Shanti Vatika – Bag Bazaar – Putali Sadak – Martyr’s Gate – New Road – Indra Chowk – Bhotahiti – Shanti Vatika had turned into a protest programme. The Black March Past was held with black banners that had opposed price hike, unemployment, rape and murder, duplicate map of Nepal that excludes Kalapani area, anti-national citizenship ordinance etc. 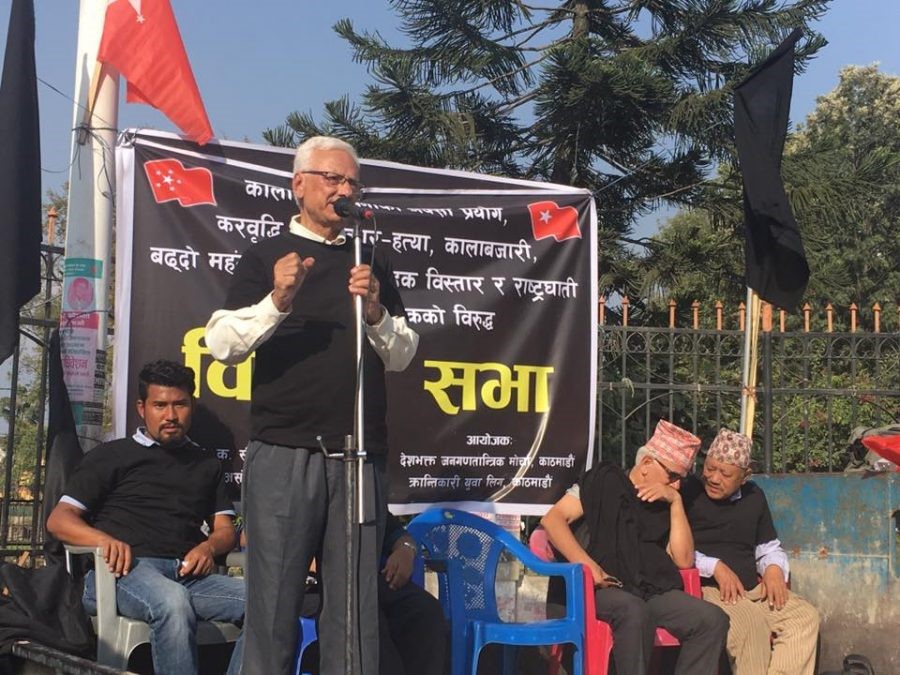 Speaking at the programme he said that the present government, communist by name, has been contributory to serve the interest of smugglers, contractors, mafias and brokers and hack the poor people into street. Their anti-national and anti-people acts have unmasked their communist guise and people have started looking towards our party as an alternative political force, he stressed. Before concluding his speech, he reiterated that it is the new democratic revolution that can solve the longstanding problems and called upon people to rally around it.

Speaking at the programme, Ramsingh Shris, standing committee member of the CPN (Revolutionary Maoist), said that the Oli government, which claims to be a communist government, is not even social democrat let alone communist, rather they represent comprador bourgeoisie.

Suresh Shrestha, Central Committee member of the CPN (RM) and Amir Maharjan the Chairman of the Revolutionary Youth League also had addressed the protest programme.

The protest programme, which was jointly organised by Patriotic People’s Republican Front, Nepal and Revolutionary Youth League, was chaired by Khagendra Chhantyal. Asal Tamang had conducted the programme in which Darshan sharma welcome the chief guest, other guests and the entire audience. 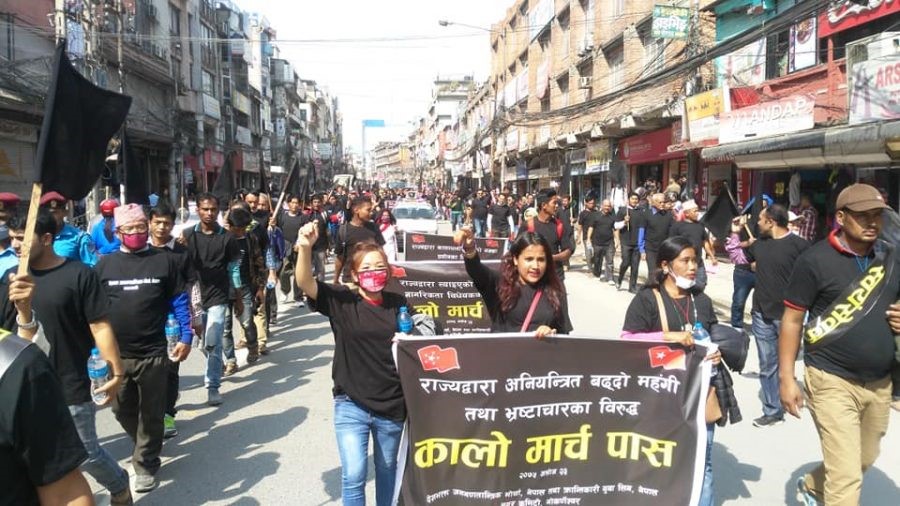