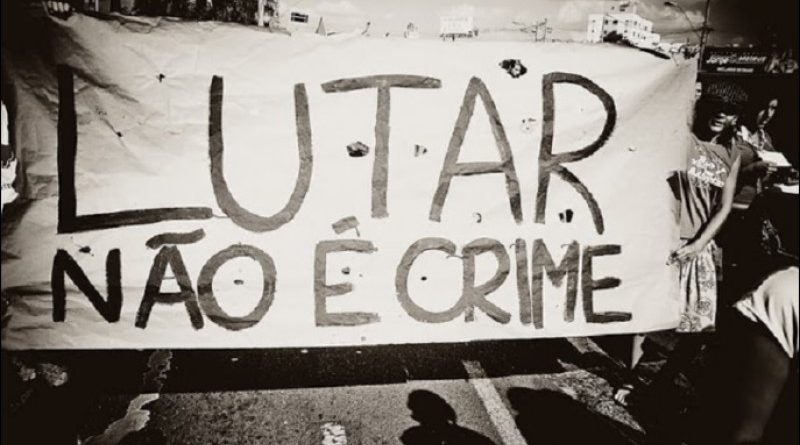 Amid the various spontaneous demonstrations that once again revealed the people’s rejection of the electoral farce, three young men were subjected to arbitrary arrests and accused by the old State of the “crime” of participating in protests on Sunday the 7th.

Apparently, the young people were taken to the Federal Police and they are imprisoned in the 2nd Police Station of Campinas, but the reports are conflicting. Police have withheld information, according to local activists who provide solidarity, and it is only this morning that it has been confirmed that the responsible judge has kept the young people in jail, and yet it is unknown in what character.

The organized youth in Campinas give solidarity at this moment in front of the police station, along with the people’s advocates. “We call on all activists, Democrats and Patriots to do the same, because it is a defense of the right to fight,” said an activist in the people’s movement.

In a general context in which the old state promotes yet another electoral farce, which is being rejected in a resounding way by the masses, with more than 40 million people boycotting it, and of fascist persecution and criminalization of those who rose in 2013 in massive rebellion, and of preparation of a military coup, it is extremely necessary that all people defend their rights by defending those imprisoned unjustly in the process.

According to the activist, the people’s movement in Campinas is also organizing a solidarity fund to pay the costs of the defense process and provide assistance to families.