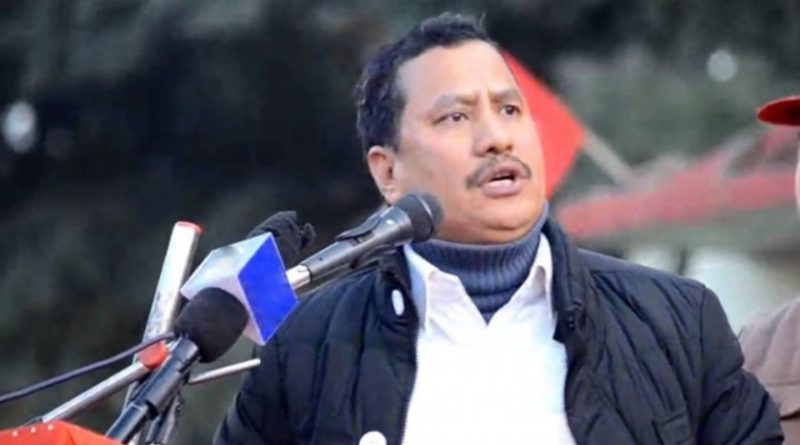 KAVRE: Kavrepalanchowk district secretary of Netra Bikram Chand ‘Biplav’, Suntali Thokar has been accused of setting ablaze and detonating a bomb at the Ncell tower.

Police have been investigating on her for allegedly involved in putting Ncell (BTS) tower at Bhumlu rural municipality-5, Salledanda on fire on 24 March 2018. “We are undertaking an investigation on Thokar for her alleged involvement in putting Ncell tower on flame and detonating bombs in some places”, said Kavre district police chief, SP Jayaraj Sapkota.

Police had arrested Thokar, 32, from her home at Panauti Municipality-9, Shankhu on 23 October. Thokar was nabbed immediately after she assumed the responsibility of Kavre secretary of the Biplab Maoist. Meanwhile, a team of the Central Investigation Bureau has been deputed on Sunday to investigate into the killing of Shrestha couple at Namobuddha Municipality-8, Dapcha.

A five-member police squad headed by DSP Hari Basnet was assigned to carry out an investigation into the murder incident following a week. Shyam Krishna Shrestha, 55, and his spouse Rukumaya Shrestha were found dead on Tuesday morning.

Their dead bodies were found with deep cuts. Following the incident, police have arrested 20 suspected in the course of the investigation. Currently, an investigation into the incident is underway putting three in police custody, informed district police chief Sapkota.