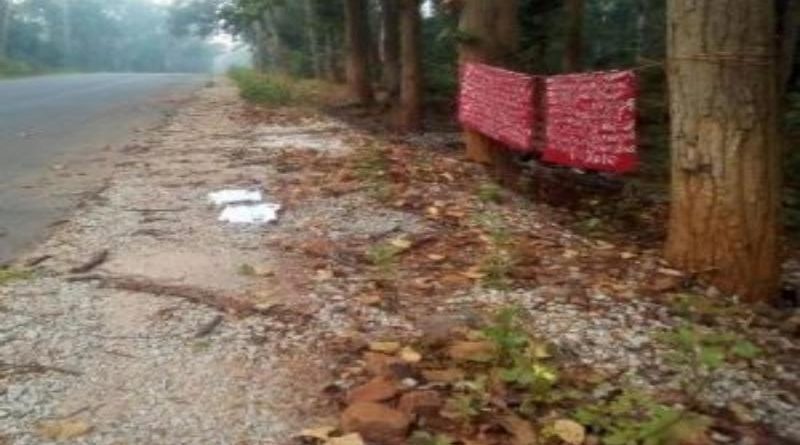 Kandhamal:
At least two posters put up beside the Tumudibandha Road this morning. The posters released in the name of outlawed CPI Maoist group were seen appealing people to observe People’s Liberation Guerilla Army (PLGA) week to mark its foundation day from December 2-8. Through the posters the red rebels also gave a call to people in the district to join the Maoist movement in large numbers.

Categorically mentioning about the Bargarh encounter ultras have warned through the posters that the sacrifice of woman Maoist Banila and two others would not go in vein and they would fight for the rights on water, forest and women’s liberation.

Police had not reached the spot till this story was being filed. The posters released in the name of the outlawed CPI Maoist group were seen appealing locals to join the Maoist movement in large numbers. Put up on roadside trees as well as guard walls these posters also gave a call for fight against the encroachment of forest and land of tribal people by outsiders.

Similarly, the red rebels have also condemned the killing of Maoist cadre Rupa in police encounter in the district last month through their posters. Berhampur:
Maoist posters surfaced at various places, including the main road of Katapodi in Tumudibandh on Thursday.

In the posters, the Maoists stated that People’s Liberation Guerilla Army (PLGA) week would be observed in a grand way from December 2 to 8. The banners further urged locals to lend a helping hand to their revolution and opposed Operation Green Hunt.

The rebels have proved their active presence in the block since June this year.