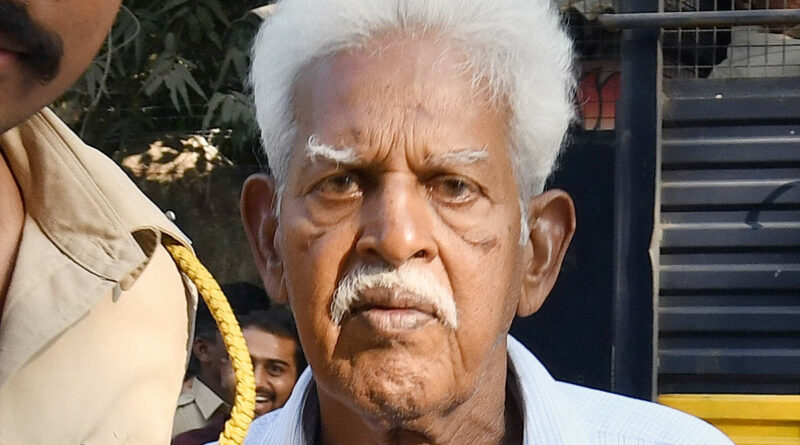 MUMBAI, November 19: Political Prisoner Varavara Rao, an accused in the Elgar Parishad-Maoist links case, has been shifted from Taloja jail in Raigad district to Mumbai’s Nanavati Hospital following a directive by the Bombay High Court, a jail official said on Thursday.

Rao was shifted to the private hospital late Wednesday night, the official said.

The high court on Wednesday directed the authorities to shift the 80-year old Political Prisoner to Nanvati Hospital from Tajola jail for 15 days, noting that Rao was almost on his deathbed.

“He needs some treatment,” the bench of Justices S S Shinde and Madhav Jamdar had said. “Can the state say no we will treat him in Taloja? We are only saying transfer him to Nanavati for two weeks. We will further see after two weeks,” they had noted.

They added that Rao should not be discharged from the hospital without informing the court, and that his family should be allowed to visit him at the hospital.

“It goes without saying that the state will bear the expenses (of his hospital stay),” the bench had added.

The next hearing in the case is scheduled on December 3.