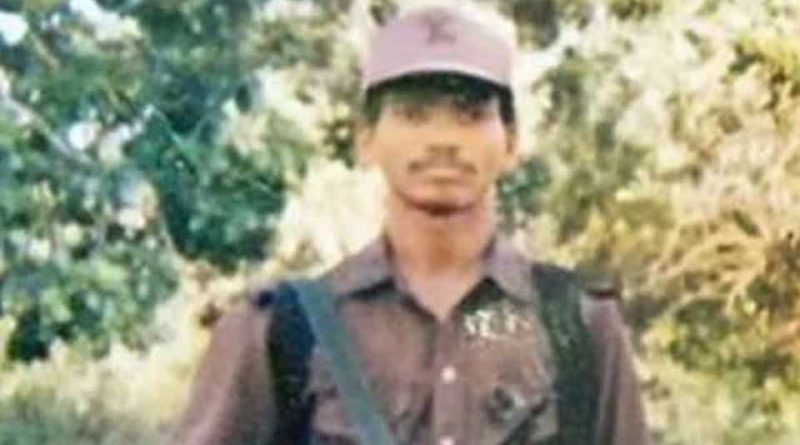 Maoist leader and commander of ‘Battalion-1’ in Bastar, Madvi Hidma has emerged as the front runner to head the military operations of the banned outfit CPI (Maoist) in the country.

If Hidma who’s an enigma for the security forces and locals in the Dandakaranya region of Bastar in Chhattisgarh, finally succeeds in becoming the chief of Central Military Commission (CMC) of CPI (Maoist), he would be the first local tribal in the Indian Maoist history to bag this top leadership role. Till now, all the top positions in the ultra Left party have been dominated by Naxal leaders from undivided Andhra Pradesh and now Telangana.

With Nambala Keshav Rao alias Basava Raju taking over as general secretary of CPI (Maoist), replacing Muppalla Laxmana Rao aka Ganapathy, who reportedly stepped down in 2018 — it became clear that the new leadership would bring more aggression into Maoist operations across Naxal-hit districts in the country, especially in the Maoist-hotbed Bastar.

Basava Raju (63), besides being the general secretary, also heads CMC, which he apparently wants to relinquish. His strength is his expertise in military tactics and use of explosives, especially the use of improvised explosive devices (IEDs). He wants a successor who is militarily skilled and aggressive, and can lead the cadre with a renewed vigour across the Red Corridor.

In the politburo meeting of the CPI (Maoist), Basava Raju had expressed that Maoists leaders who have grown old and are physically unwell should make way for the younger leaders. He had indicated that there should be a retirement policy in the party. Ganpathy had also stepped down from central committee due to his ill health in 2017.

According to top sources, though Hidma is the frontrunner as the chief of CMC, the other strong contenders in the race are R Srinivas alias Ramanna, P Tirupathi alias Devji, K Sudarshan alias Anand and M Venugopal alias Sonu alias Bhupathi (brother of ex-Naxal leader Kishanji). The final call will be taken by the central committee of CPI (Maoist). Given the manner the top leaders are chosen in the Naxal organisation, it’s going to be a tough fight for this local tribal candidate.

The CMC at the central level is responsible for directing guerrilla activity, chalking out military strategy, and buying and supply of arms. Besides People’s Liberation Guerilla Army (PLGA), there are sub-committees under CMC like Special Area Military Committee and Zonal Military Committee. This is further divided into bodies with area-specific requirements. PLGA is the military component of the CPI (Maoist), which is involved in military training, guerrilla squad, protection of Maoist cadre and platoons and launch attacks.

Various versions about Hidma have gained currency in the market, but the most widely known fact is that Hidma at present is the commander of ‘Battalion-1’of the PLGA in the Dandakaranya region of Bastar in Chhattisgarh, who rose from ranks within the armed cadre.

Originally from Puvarti village in Sukma district, Hidma operates out from Naxal stronghold of the south Sukma region. According to police and security force sources, he had been actively involved in some of the worst Maoist attacks including 2010 Chintalnar attack in which 76 CRPF men got killed; 2013 Jhirum Ghati massacre in which the entire top Chhattisgarh Congress leadership got wiped out and 2017 Burkapal ambush in which 23 CRPF jawans were killed.

Why Hidma is an enigma?

The police have no clue about Hidma’s physical appearance, what does he look like or about his background and age.

Even, the police do not have any photograph of Hidma, except an old black and white one—which is almost two decades old. He carries a bounty of Rs 40 lakh on his head. The most common description of Hidma is that he carries an AK 47 and leads a strong group of about 250-300 Maoists.

There are different stories about Hidma’s existence. Some say he’s a young guy in late 20s, while others claim him to be in early 50s.

“There are different versions about Hidma’s existence that have made this Maoist an enigma. Some say he was killed in an encounter after Jhirum Ghati incident and his name is used as a post of a leader in the Maoist cadre. No one has seen him and even if he ever came to a village market, no one would recognize him,” a source from Sukma told Firstpost.

However, according to a surrendered Maoist, who had worked for a certain period under Hidma and was interviewed by this correspondent, he is an unassuming personality in his late 40s.

“Hidma is a local tribal guy, who’s a leader of the Maoist battalion in Sukma. He’s involved in various cases of ambush and blasts. These Maoists leaders often are not known by their real names and have several aliases,” Vivekananda, inspector general (Bastar range), Chhattisgarh police told Firstpost.

What makes Hidma the frontrunner?

Most of the members in the 21-member central committee of the CPI (Maoist) are keeping poor health and have also grown old. According to intelligence agency sources, though Bastar region continues to be the strongest Maoist fortress on Red Corridor, none from this region is a member of the central committee.

“There was news that Hidma had become a central committee member but it is not true. He’s the commander of the Battalion-1 in Bastar. It needs to be seen whether central committee finally appoints him as CMC chief, because till now no top leadership positions have been given to any tribal leader. All their leaders are from Andhra,” an intelligence agency source said.

The plausible selection of tribal face Hidma as Central Military Commission chief will give teeth to Naxal operation in Bastar; and that’s what Basava Raju wants.