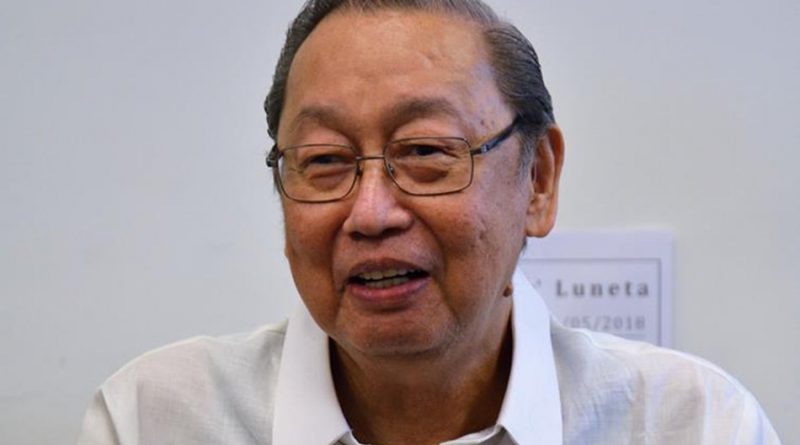 Communist Party of the Philippines (CPP) founding chairman Jose Maria Sison on Monday stressed that the Duterte administration needs the peace negotiations more than the National Democratic Front of the Philippines (NDFP) even only as a futile tactic to confound the opposition and confuse the public.

In a statement, Sison said the NDFP is highly principled and competent to stand firmly for the national and democratic rights and interests of the people in the exploration of peace negotiations, actual peace negotiations and otherwise.

“It is correct for NDFP to be ever willing to negotiate peace with the Government of the Republic of the Philippines (GRP) in order to stress the fact that the Duterte regime has been responsible for all-out war since 2016 and for the termination of the peace negotiations since 2017 and has no real intention to engage in these because these would block the Duterte scheme of declaring martial law nationwide, rigging the May 2019 elections if at all held, and imposing a fascist dictatorship on the people through charter change to a bogus kind of federalism,” Sison, who is the NDFP chief political consultant, said.

Sison said the burden of proving that Duterte is willing to engage in peace negotiations belongs to him, not the NDFP.

“He is still engaged in self-contradictory statements like being willing to negotiate but dictating preconditions that render negotiations impossible,” Sison said.

“He has also to prove that he is in command of his own wits and his own subordinates like (Defense Secretary Delfin) Lorenzana because they are increasingly exposing themselves as hypocrites combining a bit of peace pretense and obsession with all-out war against the people and the revolutionary forces,” he added.

“So long as the Duterte regime engages in all-out war against the national and democratic rights and interests, it is just for the Filipino people and their revolutionary forces to resist in every possible and necessary way,” Sison said.