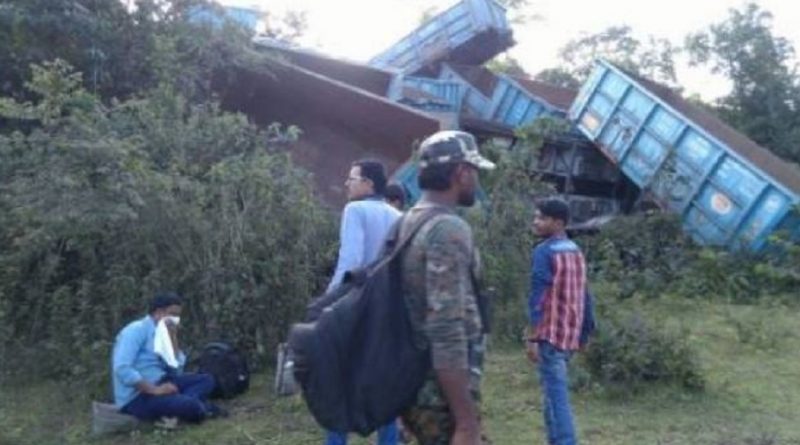 RAIPUR: A railway line in Chhattisgarh’s insurgency-hit Dantewada district was damaged by the Naxals following which two engines and 14 wagons of a goods train derailed, police said today.

However, no casualties were reported, they said.

“The Naxals damaged railway line near Pujapara Dhurli village following which two engines and 14 wagons of a goods train which was on its way to Kirandul from Visakhapatnam derailed,” police officials told PTI.

Police have rushed to the spot to take stock of the situation, the officials said.

Railway officials have started repairing the railway line and investigations are underway, they added.