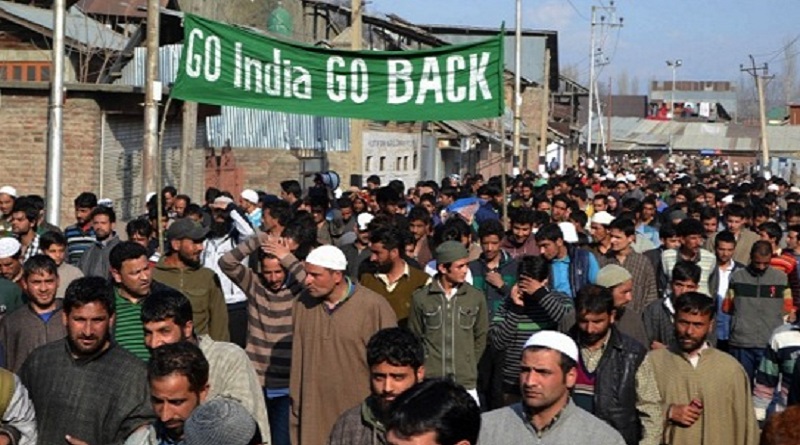 NAGPUR: In a show of solidarity to Kashmiri protesters demanding the right to self-determination, the Maoists in Maharashtra’s Chandrapur disrict have called for a bandh on October 10 and 11.The Communist Party of India (Maoist), which is a banned organization, put up posters in Bhamaragarth, Hemalkasa, Arewada and Hindewada area of Chandrapur district, asking people to observe the two-day bandh to express their support to separatist forces in Kashmir . The Valley has been on the boil since July when Hizbul Mujahideen terrorist Burhan Wani was killed by the security forces.This is the first time the organization has openly supported the demand of Kashmiri separatists for a resolution and their right to self-determination. Till now, they had been a prominent voice for the rights of dalits and adivasi communities in India.The organization has also voiced its support to the separatist forces in the northeastern part of the country.Intelligence agencies have been alerted about this development.

Law enforcement agencies in states like Maharashtra, Telangana and Andhra Pradesh (where the organization is reportedly quite active) are looking out for the same after the banners and pamphlets clearly mentioning their support to Kashmir protesters surfaced.. . .