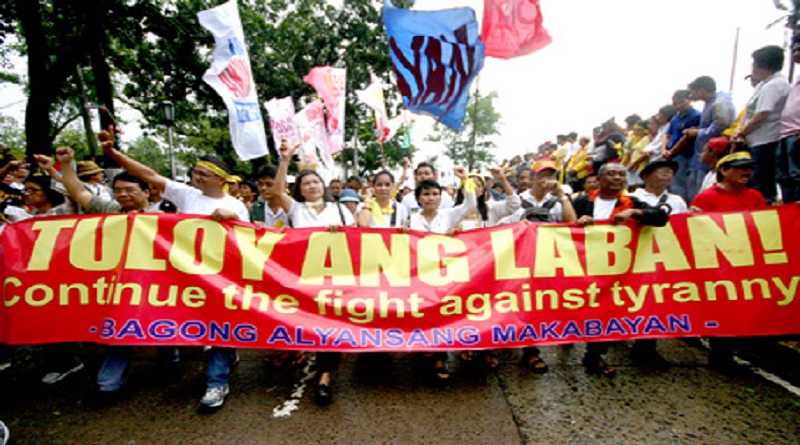 Over the past days, the US embassy has been hyping up the #FriendsAlliesPartners social media campaign. In doing so, the US is revealing itself to be hypocrites extraordinaire.

US “assistance” has never been without strings or conditions attached. They hype their Yolanda assistance much unlike the rest of the world who extended without asking for any recognition or favor in return.

The US imperialists make use of USAID funds with a mere 0.5% (around $20 billion) of the US budget to give candy to third world countries in order to allow the $770 billion US military machine to build missile silos, set up their nukes, dock their aircraft carriers, fly their drones and have their soldiers places for rest and recreation.

When they brought in drinking water for Yolanda survivors, the US flew in their Ospreys and naval ships to Guian, Samar and Mactan, Cebu. They have built bases and have yet to leave.

More than 115 years ago, the US wanted Filipinos to be thankful that their land and freedom were being taken because of American “benevolence.” Today, they want Filipinos to believe that they owe their US military “friends” and should in return be allowed to build their military bases, conduct war exercises, carry out electronic surveillance, deploy their weapons system, join combat operations and drop their bombs.