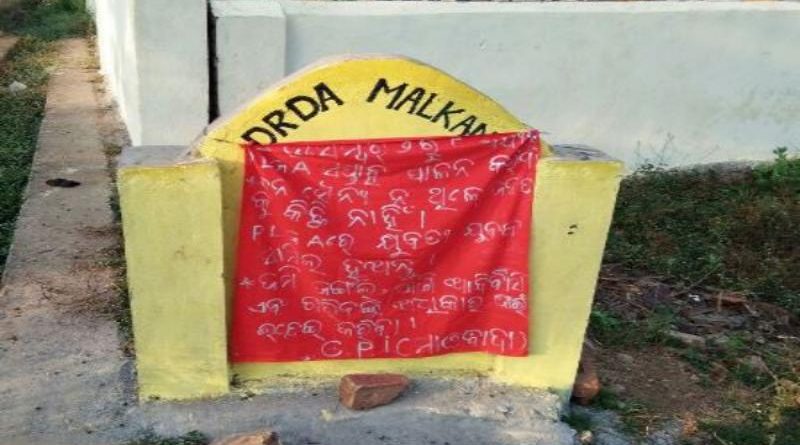 Malkangiri: Maoist posters again surfaced at different places in the district appealing people to join the outlawed CPI (Maoist) group and take ahead fight against the administration through constitution of Revolutionary People’s Committee (RPC).

Red posters released in the name of CPI (Maoist) Kalimela Zonal Committee categorically criticized the recent incidents of Maoist surrender before police claiming that those were driven by police’s pressure and not due to disillusionment towards the group. Posters put up on roadside walls at Bodigeta and Tekguda areas also gave a call to locals to take part in the ongoing PLGA week observation from December 2-8 in large numbers to foil the administration’s efforts to quell the revolution.

Through their posters, the red rebels have also raised their old demands like protection of the rights of the tribal on the forest and land in the district.