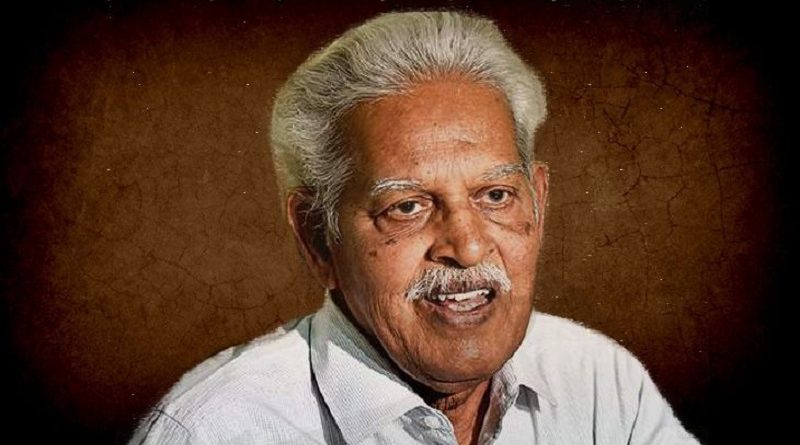 All the people’s movements over the last 50 years have borne the shadow of the upsurge triggered at Naxalbari village in West Bengal in 1967. Things have changed, but the soul of Naxalism lives on in different forms at different places.

This was underlined by renowned communist activist, poet, writer and Naxal sympathiser Varavara Rao in Chandigarh, as he spoke at an event marking the death anniversary of legendary Punjabi Marxist Baba Boojha Singh, who was gunned down in a ‘fake’ police encounter in 1970 at the age of 82.

In the course of his lecture, Rao kept delving into Indian as well as global history, the geopolitics at work and the present scenario in the country. He also posed some hard questions about the parliamentary democracy in India.

Mincing no words as he came to India, he said that both Prime Minister Narendra Modi and BJP national president Amit Shah, whose names figured in cases related to the Gujarat riots that were marked by ‘genocide’ of Muslims, but were let off by courts and eventually won elections.

“What kind of democracy is this? Today, these people are eulogised, while Muslims and Adivasis live in insecurity. Can those who call themselves ‘secular democrats’ give an answer to this?”

He took up the issue of RSS affiliate Dinanath Batra calling for the removal of the works of Rabindranath Tagore and globally acclaimed Punjabi poet Avtar Singh Pash from textbooks. Referring to Pash’s famous poem ‘Sabse khatarnak hota hai hamare sapnon ka mar jaana’ (The most dangerous thing to happen is for our dreams to die), Rao said: “They are killing those dreams. A revolutionary has to keep dreaming. There is no debate, no discussion. ‘You have to agree to what I say, and you have to purchase what I sell’.”

He later elaborated: “First, they decided that there was a Ram Temple where the Babri Masjid stood. Tomorrow, they might as well say that there was a temple under Parliament. If not Modi, maybe Yogi (Adityanath, Uttar Pradesh Chief Minister) can say this. They themselves do not believe in parliamentary democracy, and the pity is that we have to tell them what parliamentary democracy means.”

He drew parallels between the existing scenario in India, where minorities stand terrified, with that of Europe in the 1930s, when fascism was peaking.

Rao’s contention was that the seeds of what is happening today were sown way back at the time of independence in 1947.

“The Indian Army was sent to Kashmir and Hyderabad and elsewhere, when the country neither had a Constitution nor a Parliament. This means that these acts neither had constitutional nor parliamentary sanctity, and that is why people in Kashmir, the Northeast, and elsewhere, are fighting for their rights,” he said, while also underlining that the people’s struggle in India had started with the first war of independence in 1857. He also highlighted how thousands of Muslims were killed in Hyderabad under the pretext of targeting Razakars, the Nizam’s private militia.

Targeting the custodians of natural resources

Going on to draw the parallels between the persecution of Muslims across the world and tribals and aboriginals, Rao underlined: “Muslims have been targeted because they have been the custodians of oil reserves, which countries like the US have always wanted to usurp. Similarly, in India, as well as other places, it is the tribals who have been the custodians of natural wealth, which the governments want to give away to the corporates.”

Claiming that the tribals in the Maoist-dominated zone of ‘Dandakaranya’ have successfully come up with a self-reliant and self-sufficient model, he underlined that successive governments have been trying to target them through acts like Operations Green Hunt, All Out and Samadhan. According to him, the Naxalbari uprising gave a philosophy to the aboriginal movements across the world.

Pointing to the spread of the Naxal movement in India, Rao said that except for the plains of Punjab, the movement mainly spread in the tribal corridor from east to west India. “In Punjab, probably, it was because of armed uprising against ‘wrongs’ being a part of tradition, advocated right from the time of the Sikh Gurus,” he said.

The role of the State

Questioning the role of the State with regards to thousands of unnatural deaths and an extremely high number of farmer suicides, Rao asked: “How do we understand this structural violence that is going on? People are being killed in the name of Gau Raksha, and not singing Vande Matram, while there is no debate on rising unemployment, and providing basic services to the masses.”

The lecture also saw him explaining in detail how the Indian State slowly gave up the concept of being a welfare state, while following the policies of the International Monetary Fund (IMF) and the World bank. “You can be transparent. You get to govern. You can impose GST and demonetisation. You can send the army to Jammu and Kashmir and the Northeast, and suppress the people. The fight now is for giving land to the tillers, and to prevent eviction and relocation of the masses. In the last 50 years, land continues to be taken away by the corporates. Hence the concept of ‘All power to the people’,” Rao said.

He advocated that a new democracy has to be brought in, for which a ‘protracted people’s war’ is needed.

In the discourse, he kept on referring to the ‘historic eight documents’ by Naxal leader Charu Majumdar, while underlining their continuing relevance.

Rao’s lecture was a part of an event by a local organisation, Lokayat. The event also saw Punjabi activist and writer Baru Satwarg, who wrote the famous book ‘Panna Ik Itihas Da’ (A Page of History), dwelling at length on the life of Baba Boojha Singh, and the latter’s contribution to the Left movement in Punjab and India during the freedom struggle and the post-independence era.