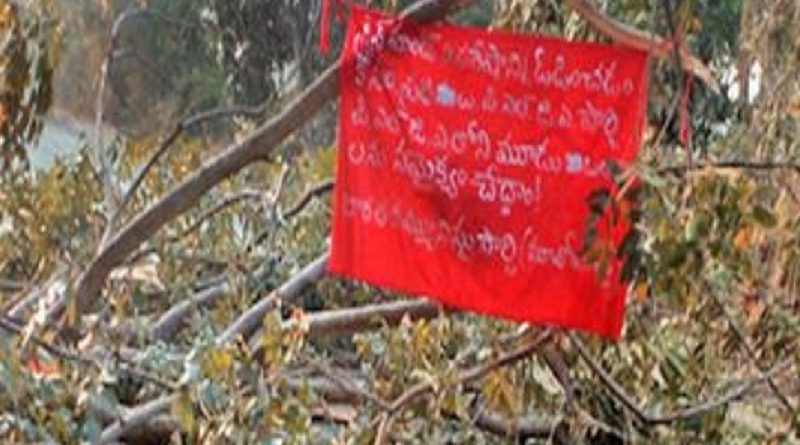 Tadwai (Bhupalpalli): In the wake of Martyr’s Memorial Week observed from July 28 to August 4, pamphlets by the CPI (Maoist) have appeared in the district on Thursday causing commotion among the public and police.

The leaflets were found scattered on NH 153 at Tadwai mandal headquarters in the name of Telangana State Committee of CPI (Maoist). The party called upon the public in the villages to observe the memorial week and pay homage to the martyrs.

The Maoists accused the state and central governments of resorting to anti-people policies while protecting the interests of corporate and multi-national forces as part of globalisation policy.

Both the governments were spending huge amounts on strengthening police wing aimed making it powerful to fight against the forces that were questioning their misdeeds.

The central government led by Narendra Modi was committing atrocities on dalits, adivasis and minorities ever since it came to power. In Telangana the TRS government led by K Chandrashekar Rao was suppressing progressive forces and violating democratic rights of people.

The party has asked the public to organise rallies and meetings in large numbers and built memorials for the martyrs in all the villages in Telangana while asserting that armed struggle was the only way to protect people’s rights.

Meanwhile, the police have intensified combing operations across the district in view of the Martyrs Memorial Week and the appearance of pamphlets.