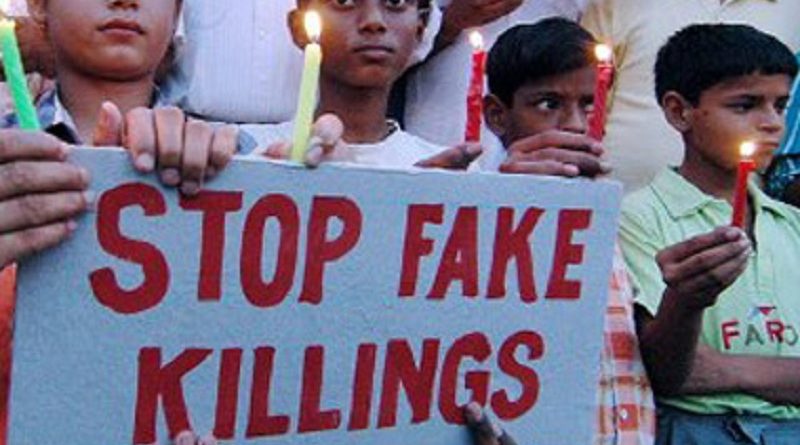 Police denies allegations, claims the Maoist was out on bail, not acquitted.

NAGPUR: Balram Shori, the alleged Maoist who was killed on November 25 by Chattisgarh Police in Bastar region of the State, had been acquitted by a court in July, almost four months prior to his death, according to Congress MLA Mohan Markam who has procured a court order backing his claim.

“How can someone be a Maoist when he walked out of jail three months ago after the court acquitted him?” Mr. Markam said. “I spoke to Mr. Shori’s family members and found out that he had settled in his village after the acquittal and was trying to spend a peaceful life with his family. His family says he was forcibly detained from his home by the forces. After one day [of detainment], he was shown to be killed as a Maoist. They clearly killed him in a fake encounter,” Mr. Markam told The Hindu. Mr. Shori was reportedly arrested by police in April this year.

The Chattisgarh Police Department has been facing criticism for alleged extra-judicial killings in Maoist insurgency-hit Bastar region and for attacks on human rights activists and journalists.

On November 25, Superintendent Santosh Singh had issued a statement about recovering “one uniformed unidentified body” of a Maoist after “an exchange of fire” between the District Reserve Guard (DRG) and Maoists near Kongadaon district’s Bevadi forest. The body was later identified to be Mr. Shori’s.

Mr. Singh denied allegations of a fake encounter. “He [Mr. Shori] was working for the Jantana Sarkar of Maoists in that area. He had many Maoist-related cases against him. He was still working for the Maoists and [was] killed in an encounter. He was out on bail this time, and was not acquitted by any court,” Mr. Singh said.

Mr. Markam plans to move the High Court over the alleged extra-judicial killings.

The residents of Mr. Shori’s native Bade Kodder village and its surrounding villages held a protest in front of a police station in Kondagaon on Monday.

This is the second such incident this year in which the Chhattisgarh Police has been accused of killing someone who was already involved in a legal battle with them. Earlier, in August this year, an under-trial juvenile named Arjun was branded a Maoist after he was allegedly killed in a police encounter in Bastar district.