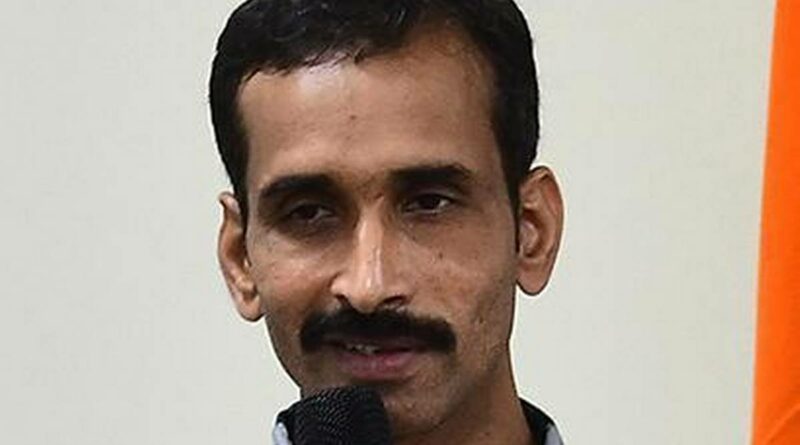 Krishna District, April 28, 2021: The Andhra Odisha Border Special Zonal Committee (AOBSZC) of the CPI (Maoist) has condemned the statements made by surrendered Maoist Muttannagari Jalandhar Reddy that the movement had weakened.

Jalandhar Reddy, who joined in the erstwhile People’s War Group (PWG) in 2000, surrendered before Director General of Police (DGP) D. Gautam Sawang at the A.P. Police Headquarters, at Mangalagiri in Guntur district, on April 20.

Jalandhar Reddy, who was wanted in many cases including the Balimela attack, kidnap of former Malkangiri Collector Vineel Krishna and attacks on many police stations, claimed that many changes had come in the Maoist party which made him disillusioned with the ideology.

“I had served the party in various capacities in united Andhra Pradesh and in Malkangiri-Koraput-Visakha Border (MKVB) and in AOBSZC. I had observed many changes in the past few years and disagreed with my leaders in the party on various issues. So, I decided to shun violence and join the mainstream,” Jalandhar Reddy had said.

“Due to some reasons, I could not render justice. There was no fresh recruitment in the Maoist party, and the banned outfit is facing struggle,” the surrendered Maoist had said.

In a letter released by AOBSZC official spokesperson Ganesh, while condemning the comments of Jalandhar Reddy, alleged that the latter had deceived ditched the Maoists.

“Jalandhar Reddy had lost his commitment to the movement. He surrendered before police to protect himself. He had made false statements on the Maoists before the media and the police,” Ganesh alleged. “It is not correct to say that the movement has weakened. We are still fighting against the anti-people policies of the State and Central governments with the support of the people. We will teach him a lesson,” he added.