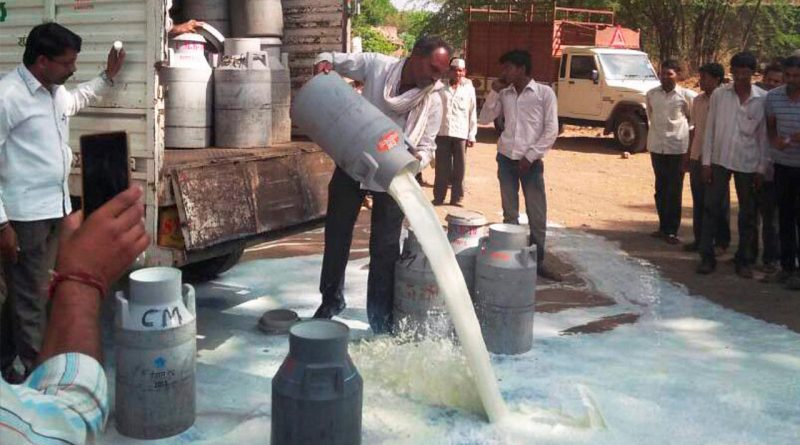 RAIPUR: Extending support to the farmers’ strike in Madhya Pradesh and other states, Outlawed Communist Party of India (Maoist) have dropped pamphlets and put up banners expressing solidarity with the agitating peasants.

Pamphlets and banners in support of agitating farmers were seen at some places near Pakhanjoor area in Kanker district. It was mentioned in the pamphlet that CPI (Maoist) Pratap Area committee extends their support to the agitating farmers. Besides, the rebels also dropped pamphlets in Bijapur district strongly condemning the killing of farmers in police firing in Mandsaur district in neighbouring Madhya Pradesh.
Meanwhile, police said search and combing operations have been intensified in areas where such pamphlets were found. Police forces are on alert as farmers in Chhattisgarh have also given a call for blocking national highways across the state on June 16 in support of their demands including immediate increase in support price of paddy to Rs 2,100 per quintal and payment of bonus of Rs 300 per quintal for the paddy being procured under minimum support price scheme.