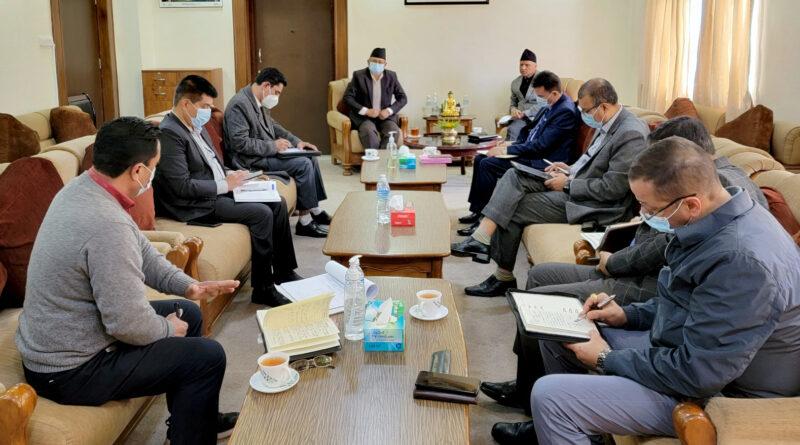 The Chand-led CPN has been transforming itself into a mainstream party after signing an agreement with the erstwhile KP Sharma Oli-led government on 4 March 2021.

However, the party’s serious concern has been drawn towards the government’s neglect in addressing their two key demands – release of political prisoners and withdrawal of legal cases against them.

The party has also expressed dissatisfaction with the government for declaring the date of local elections without addressing their demands as per the agreement.

“How can a government announce election date while our leaders are behind bars,” said Khadga Bahadur Biswokarma, the spokesperson for the Chand-led CPN told THT. Biswokarma also said there was possibility of them participating in the local elections if the government promptly implemented the agreement.

The Oli-led government had banned political activities of the CPN forcing the party to go underground following the 22 February 2019 Nakkhu bombing.

After that, the government had taken stern action against the party – hunting down cadres, arresting them in hundreds, and even engaging extrajudicial killings of a few.

The Chand-led party had then signed the deal with the Oli-led government for joining mainstream politics through peaceful means. However, in a period of nearly one year, only around 20 people have been freed and 35 legal cases have been addressed by the courts.

There are more than 600 cases filed against 100 senior cadres of the party who are behind bars across the country.

“However, this is not the final data as government has not done its homework of reviewing how many cases have been filed against how many our leaders in the country,” Biswokarma said. Meanwhile, the government has repeated its promise to implement the agreement as soon as possible.

Home ministry’s Spokesperson Fanindra Mani Pokharel said after the meeting that the government was honest in abiding by the agreement and they was preparing to withdraw all the cases against CPN’s leaders and cadres at the earliest. “Today’s meeting also agreed to collect data of total legal cases through the Office of the Attorney General.”

“The government has agreed to deal with the cases through a decision of the Cabinet,” Biswokarma said.