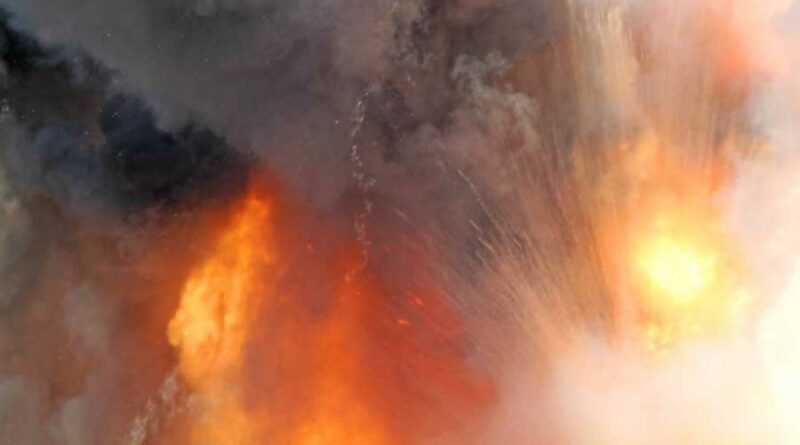 Lohardaga District, February 12, 2022: Two CRPF jawans of the 203 CoBRA battalion of the CRPF were injured in a landmine explosion in the Bulbul Forest area under Peshrar police station of Lohardaga district during an anti-Maoist operation on Friday.

Injured jawans Dilip Kumar (29) and Narayan Das (38) were flown to a medical hospital in Ranchi where they are said to be out of danger. However, Dilip lost his leg and another jawan suffered injuries on his waist.

CRPF DIG Virendra informed that jawans were returning after an anti-Maoist operation at Bisunpur in Gumla district, when the explosion took place in the morning around 9. 20 AM. Narayan Das is a native of Odisha whereas Dilip is a native of Jammu.

The team carried out an operation on getting information about the movement of the Zonal Commander of the CPI (Maoist) Ravindra Gonjhu. Police had information that Gonjhu and his armed squad were moving in the forest area of Peshrar. A large number of police and CRPF personnel were pressed into action and a helicopter was also stationed for any emergency situation.

Sources said that an encounter has taken place between security forces and a squad of Maoist cadres under the command of Ravindra Gonjhu. Maoist Zonal Commander Ravindra remains a challenge for the Gumla and Latehar police. Ravindra’s squad is active in these three districts. The Maoists were successful in escaping by taking advantage of the dense forest in which about 15 to 20 cadres are included in the squad of Zonal Commander Ravindra.

All top police and CRPF officials including DGP Niraj Sinha, ADG (Operation) Sanjay Latekar rushed to the hospital to inquire about the condition of the injured jawans. Sources in the police said that the additional deployment has been made and the operation will continue.