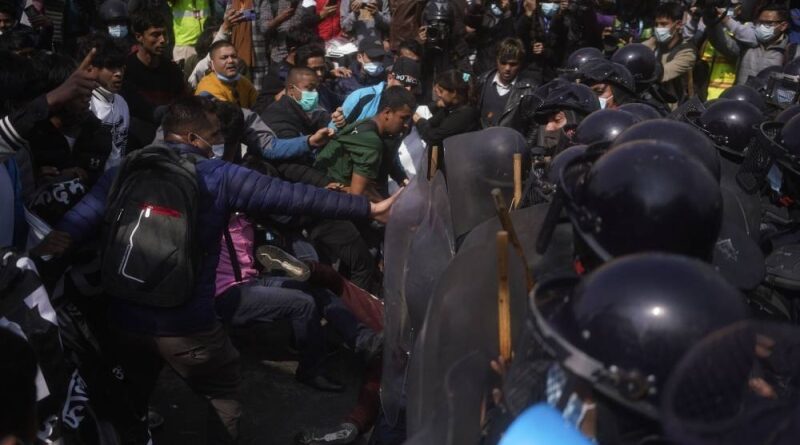 Protesters from Communist parties who were taking part in a march against the compact, mouthing angry chants against the US, clashed with security forces in New Baneshwor when they tried the security cordon around the House of Representatives.

Police unleashed water cannon against protesters, charged at them with batons, and even fired more than 10 tear gas shells in an attempt to disperse the demonstrators. In retaliation, protesters hurled bricks and stones at cops.

At least 15 police personnel and scores of protesters were hurt during the clash.

Later, police arrested around 100 protesters, including 10 women, from the clash site.

Those arrested were detained at Nepal Police Health Club in Bhrikutimandap before being freed in the evening.

Some 50 cadres of the Netra Bikram Chand-led Communist Party of Nepal, including three women, were held from Kathmandu valley this morning.

The CPN had called for Nepal bandh today against the ruling Nepali Congress’ desire to table the MCC compact at the House of Parliament today.