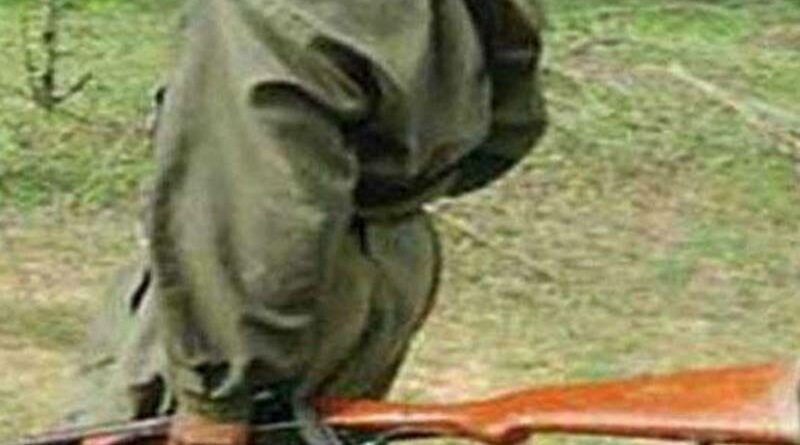 Lohardaga District, February 17, 2022: The Jharkhand Police have said that a CPI (Maoist) Zonal Commander was killed on Wednesday in a firefight with security forces.

The deceased, identified as Ravindra Gonjhu, was a Zonal Commander of the Maoist party and was extremely active in the Lohardaga, Latehar and Gumla districts of Jharkhand state, said the police. He was killed on the ninth day of a joint operation by the Jharkhand Police and the Central Reserve Police Force (CRPF), added the police.

Gonjhu, the police said, was the prime accused in an IED blast at Dhardharia in Lohardaga district on May 3, 2011, in which six CRPF and five Jharkhand Police personnel were killed. On November 22, 2019, Gonjhu allegedly killed four Jharkhand Police personnel at Lukaiya More, Latehar district, days after Home Minister Amit Shah had said that the central government’s law and order management had led to a drop in Maoist activities in Jharkhand.

The police added that his squad was also involved in various incidents including arson of mining vehicles, IED blasts and huge levy collection from local contractors and mining agents.

According to a police press release, Ravindra Gonjhu and 30-40 Maoist cadres were noticed in the area of village Bulbul in Lohardaga district and they were planning to attack development work in the area.

“On this input, an operation was planned for February 8. Troops of CRPF, Jharkhand Jaguar and Lohardaga and Latehar district police took part in the operation. This area has a series of mountains, dense forests and is heavily mined with pressure IEDs. During the operation, two IED blasts incidents took place in the area in which three CRPF CoBRA Jawans sustained serious injuries. They were immediately evacuated by chopper to Ranchi and their condition is currently stable. During this operation, seven encounters took place and on the ninth day Gonjhu was killed and the security personnel recovered arms and ammunition and one lakh rupees and pamphlets among others,” said the press release.