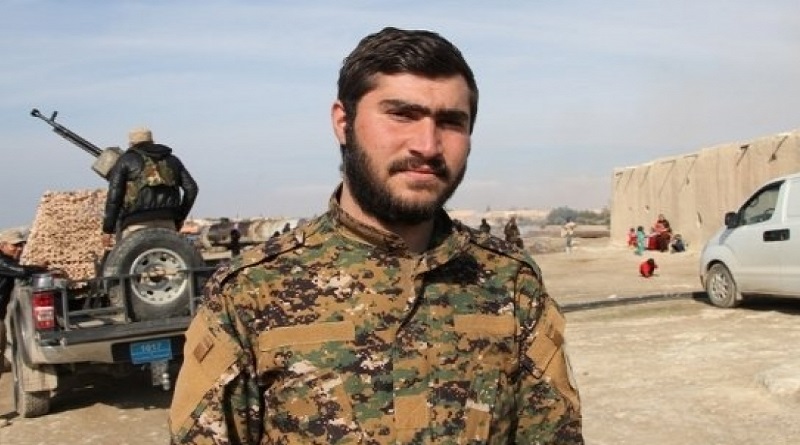 Syriac Military Council member Orom Qamishlo stated that the Operation Wrath of Euphrates to liberate Raqqa continues at full force as fighters are beginning to lay a siege to the city.

“We will continue to liberate our lands”

Noting that the Syrian Democratic Forces (SDF) are trying to answer the needs and demands of the peoples of Syria since the first day it was founded, Qamishlo stressed that their operations would continue for the liberation of peoples and Syrian lands from the jihadist groups.

The Syriac fighter remarked that the SDF had become the only representative of Syrian peoples with the sense of struggle it represented, and that the SDF would continue the struggle against the attacks on peoples in the region.

Recalling that SDF fighters are advancing step by step towards Raqqa to liberate it from the Islamic State group, which declared the city to be its capital, Qamishlo vowed to liberate the people based on the “principles of fraternity and freedom”.

Qamishlo also said that distinctive battalions and fighters from various nations and faith groups living in Rojava and Northern Syria were taking their place on the battlefield in SDF ranks, and that the Syriac Military Council and its fighters was one of these distinctive organisations.

“Many nations and faith groups including Syriacs, Arabs, Kurds, Turkmens and Circassians came together for the building of a Democratic and Free Federal Syria. All these are fighting shoulder to shoulder against the ISIS gangs in the operation to liberate Raqqa.”

Remembering the Kobane victory two years ago, Qamishlo pledged that they would remain loyal to the memories of all the revolutionaries that fell during the Kobane resistance, and to follow in the footsteps of the martyrs of revolution.

“Our goal in the operation to liberate Raqqa is to rescue our peoples who are under ISIS atrocity. As the Syriac Military Council, we will liberate all our brothers and sisters, Arabs in the first place, very soon.

“I would also like to state that the ISIS gangs and the supporting states that were defeated in Kobane have not given up on their dirty plans against the Northern Syria Federation and Syrian peoples yet.”

“We are ancient communities in these lands”

Qamishlo said the groups fighting under the banner of the SDF were some of the most ancient communities and that they had lived in fraternity for hundreds of years. “Our peoples were deliberately made to slaughter one another during several years. We need to put a stop to this, which I believe we have achieved to a great extent.

“We will back each other and live together with a stronger resolve just like how we lived on these lands and Mesopotamia in fraternity and peace in the past. We will consolidate our unity and solidarity in the battlefield and foil all the dirty plans of international and regional powers.”