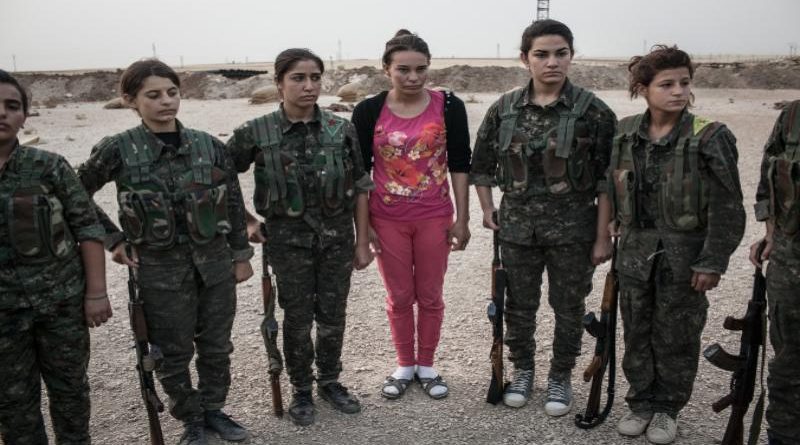 Solidarity with the People of Afrin! All Out for Supporting the Right to Kurdish National Self-Determination!

The people of Afrin are facing a genocidal assault by Erdogan’s fascist state, with thousands of Turkish troops, Humvees, and tanks moving into Syria. The genocidal Turkish army moved into the Kurdish-dominated province after it was announced that Assad’s Baathist state was going to give the national movement the concession of limited autonomy. Here is revealed the territorial logic of oppressor nation chauvinism – much like the Baathists did in Iraq and Syria in the decades before, there are plans to de-Kurdify the area and create a Turkmen majority here to undermine the Kurdish Nation. Horrific video footage of Turkish soldiers in Salafist jihadi-beards excited to butcher “atheist Kurds” have went viral but have been consciously kept out of the capitalist press.

This offensive shakes the already delicate balance of the region. As a blood soaked inter-imperialist proxy war, U.S. imperialism and its junior imperialist lackeys of Saudi Arabia, Qatar, Israel and others have supported the Islamist Free Syria Army as well as Daesh on one side. On the opposing side, Assad and the bureaucratic capitalist class governing Syria has cut deals with Russia to further deepen it into its status as a semi feudal and semi colonial state, through arm deals, unequal trade agreements which deepen the underdevelopment of domestic industries and force greater dependency, and deepened invitation of Russian military presence there (though it was announced recently that Russian personnel would be pulled out). The revisionist and national chauvinist Syrian Communist Party has marched the most class conscious and revolutionary parts of the Syrian Arab proletariat into the latter’s camp.

In this cauldron did the Kurdish national movement grow, specifically in Rojava. To receive material aid to defeat Daesh, the Kurds there, represented by the Democratic Union Party (DUP), Kurdistan Worker’s Party (PKK) and People’s Protection Units (YPG), entered into a temporal “alliance” with U.S. imperialism. While Kurdish national leadership have emphasized the fleeting and tenuous nature of this relationship, and recent meetings between the Orange Duce Trump and Erdogan resulted in the cutting off of military aid to Syrian Kurds, 13 U.S. military bases remain in Rojava. All imperialist moves and manipulations in Syria must be counteracted. The Turkish invasion of Afrin did not occur without U.S. or Russian permission, as betrayal by imperialist vipers who only have an insatiable taste for the blood of this resource-rich region is inevitable.

It is clear that there is no time for “tactical alliance” anymore, illusions are something the brave Kurdish fighters can no longer afford. But in spite of criticisms we should have of the line and direction this movement has taken, the need for our international solidarity is needed now more than ever. Turkey, a NATO state, and the ruling fascist AKP party of Erdogan, is kept awake at night by the fact that Rojava is the fuse to the dynamite of Kurds living within the interior of Turkey. Turkey’s interference in Afrin to suppress the Kurds, Assyrians, and Arabs there is related directly to its fears that the Kurdish national movement’s accomplishments will strength the revolutionary movements to the west of Anatolia. Their destiny is, in many ways, intertwined.

Our duty as revolutionaries in the belly of the beast, far from the cauldron that is brewing, is to to practice solidarity with the Kurds. We must organize against the aggression of the Turkish state in spaces of political and military importance to it here in the USA, including at Combined Tactical Inc. in Jamestown, Pennsylvania (a factory where 130,000 tear gas cannisters which were used in Turkey in the last 4 years were produced). Or at Carnegie Mellon University here in Pittsburgh, where technology for killer drones and other aerial systems of imperialist death that are given to Erdogan’s gangsters is financed through Department of Defense grants. The most advanced guard of the revolutionary proletariat here in the USA will be organized to tip of the smoldering cauldron Turkish fascism and imperialism is creating over into the streets here, making mere statements of solidarity into resistance to the ruling system and its enforcers.

Victory to the resistance of the Kurdish people and other indigenous peoples of Afrin against the genocidal aggressors of the Turkish state!

Death to the invaders!