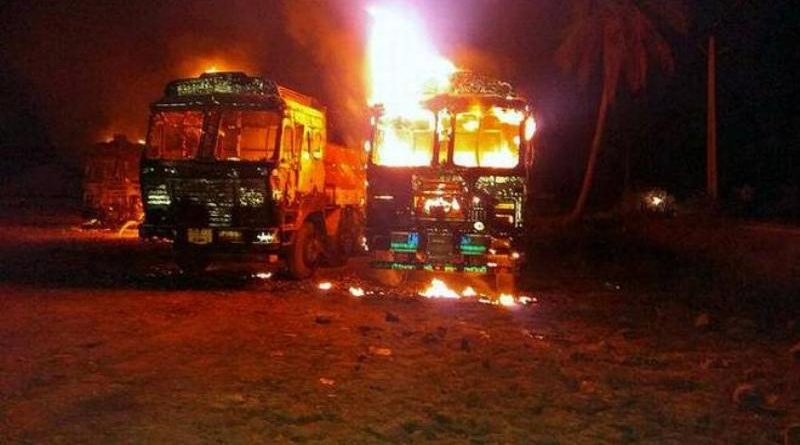 Malkangiri: At least 40 heavily armed red rebels barged into the construction camp at around 12 PM while work was underway for a village road led by uniformed cadres of Andhra Odisha Special Zonal Committee (AOBSZC) of outlawed CPI (Maoist) group. 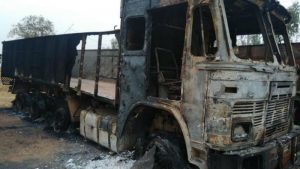 The Maoists also set ablaze several vehicles in three separate incidents in the district bordering Chhattisgarh. They burnt down four trucks, two JCBs and a tractor at Bhupatiraopet in the same district.

They left behind a letter saying their action was in protest against the illegal sand mining in the area.

The rebels, through the posters, condemned the alleged “sand mafia” operations, attempts to set up opencast projects, and displacement of poor and downtrodden sections in the name of major projects in the State.

They called upon people to make the ensuing bandh called by the CPI (Maoist) in Telangana-Dandakaranya region against “fascist repression” on February 5 a success.