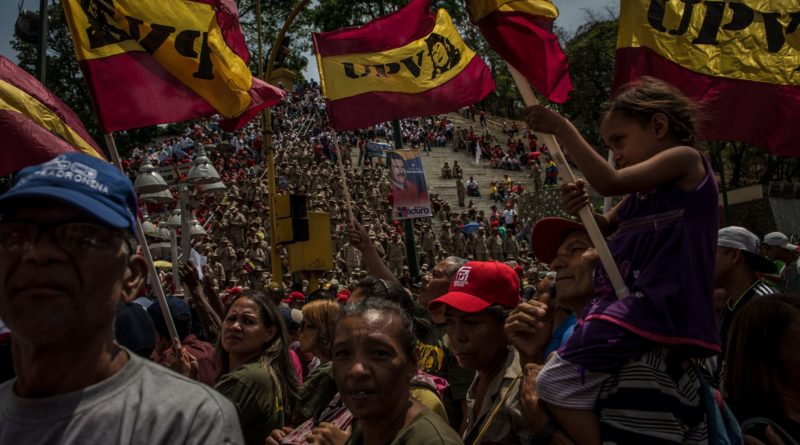 We, the International League of Peoples’ Struggle, vigorously support the democratically elected and newly inaugurated President of the Bolivarian Republic of Venezuela Nicolás Maduro against usurper backed by U.S. and ultra-reactionaries and vehemently condemn Juan Guaidó who has proclaimed himself the “interim president” of Venezuela in a brazen coup attempt.

Guaidó is merely the stooge of US imperialism and the representative of the ultra-reactionaries of Venezuela. We therefore hold the U.S. the most responsible for his unconstitutional and undemocratic act and we praise and support President Maduro for breaking off diplomatic relations with the interventionist U.S. government.

The US government has long been waging a campaign of destabilization against the Maduro presidency by imposing sanctions, freezing the assets of Venezuela abroad and threatening a coup d’etat and military intervention by the US and its puppets in the Organization of American States.

But the people of the Bolivarian Republic of Venezuela, especially the workers and other toilers, continue to be inspired by Chavismo and to follow the courageous leadership of Maduro in defense of national sovereignty, democracy and peace. The armed forces and police of Venezuela have reaffirmed their loyalty to President Maduro and have successfully acted against a minor military mutiny.

The broad masses of the people are thronging the cities of Venezuela to express their support to their President and condemn the US puppet Guaidó and his US imperialist master. They are ever ready to resist with arms any serious coup attempt or foreign military intervention.

The Constitutional Chamber of the Supreme Court of Justice of Venezuela has called the attention of the prosecution to the gross violation of Article 236, numerals 4 and 15, prohibiting the usurpation of the competence and powers of the President.