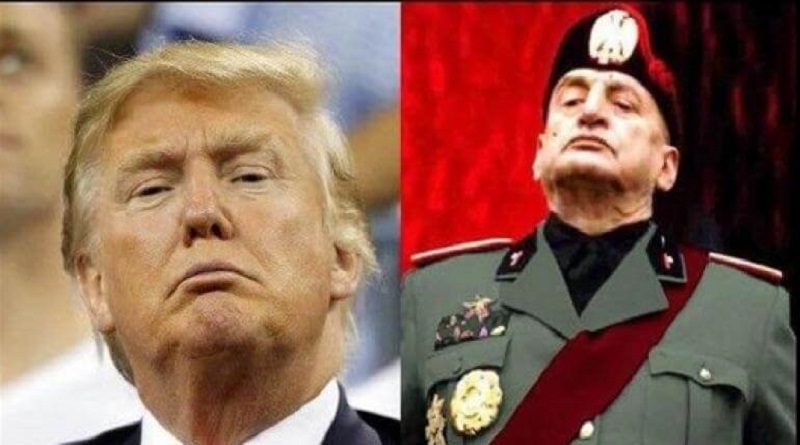 Trump collects and directs the reactionary mass protest, including that one of the massive aristocracy of the American working class and national minorities integrated into American society as small and medium proprietor bourgeoisie.

The Trump victory shows of what kind of barbarism is made the self-styled ‘American democracy’: a billionaire in power, at war against the poor inside, against the oppressed peoples outside.

The Trump victory shows that US imperialism is a monster with a thousand heads, which is necessary to attack and fight in every aspect and in every part of the world.

The victory of Trump is the march of the Nazism of our time and shows to all the imperialist countries, the way of the modern fascism and Nazism.

The victory of Trump means police state, a serial killer police, militarization and state of emergency in the territory, internal war.

The victory of Trump is the modern Middle Ages, as the future of the imperialist countries against the rights of women, against African Americans – a new Ku-Klux-Klan – against immigrants with walls, expulsions, persecutions, neo armed religious and state fundamentalism against Muslims etc., struggle and laws against any progressive idea in schools, universities, media, cinema, culture, art.

Death to imperialism!
Socialism or barbarism!