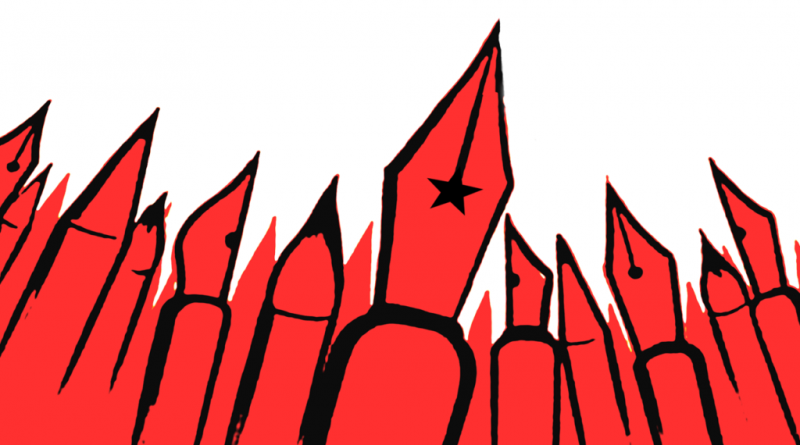 ALL OUT NOVEMBER 2nd!

On November 2, 2016, the Canadian Federation of Students (CFS) has called for a Canada-wide day of action against tuition increases. The Revolutionary Student Movement (RSM) unequivocally supports the call for a day of action. While we have differences of both political line and tactics with the CFS, the RSM will always support action against tuition fees and we commend the CFS for this initiative. We urge all of our members and supporters to help with the organizing efforts in their various locales towards making the November 2nd day of action huge.

While we support the day of action, we feel it necessary to qualify our support. Our position towards the CFS –that it is an ossified, anti-democratic, bureaucratic, and reformist organization that serves as a barrier to the creation of a combative student movement in English Canada – remains unchanged. The CFS did not call for a day of action out of a genuine desire to launch a truly mass-based anti-tuition campaign, nor out of a desire to increase the level of militancy in its current activities against the rising cost of tuition. Instead, it will again use the day of action as part of its lobbying efforts, as a means of cynically using the mobilization of students to provide weight to the annual meetings that CFS bureaucrats have with politicians. The CFS is open about this fact (though we doubt they will be open about this during the mobilizations this fall!): CFS-Ontario writes that its current campaign, Fight the Fees, has been launched in preparation for the 2018 Ontario elections.

It is worth pointing out that this basic strategy of the CFS –mobilizations to supplement lobbying- has been the basic strategy of the CFS since its creation. And sure enough, aside from a few minor victories here and there, the strategy has been ineffective: even the relatively benign demands that the CFS makes of the federal and various provincial governments are ignored. In the context of the looming deregulation of tuition fees in Ontario in 2017 – an act that will serve as a blueprint for other provincial governments outside of Ontario to follow -, mounting student debt, increasing tuition, and a lack of jobs for youth and students, the inability of the CFS to actually win gains for its members shows increasingly the need for revolutionary students to break from the CFS.

Furthermore, the demands of the CFS do not go far enough. The current campaign and day of action is directed only against tuition fee increases. The RSM stands for the complete abolition of tuition and ancillary fees, the cancellation of all student debt, and for complete open access to all post-secondary institutions in Canada. Only by eliminating fees and entrance requirements can education become truly accessible for the working class in Canada. The RSM stands for access to post-secondary education for all Indigenous people, and an anti-colonial aspect to all education programs. The RSM stands for education to be put in the service of people and not profit; we argue that research should be for the benefit of all people and not the benefit of corporations, and that education should serve struggles for justice and liberation. Finally, the RSM stands for the democratic control of post-secondary institutions by students, support staff, community members, and faculty. And this is just the beginning. On all of these issues –issues which we see as being at the core of fighting for access to education- the CFS has very little to say.

In 2012, students in Quebec launched a strike which brought the Quebec government to its knees. The RSM continues to argue that this is an example that deserves to be emulated in the rest of Canada. Since then, the CFS has done absolutely nothing to try to learn from and implement the lessons of the Maple Spring throughout the rest of Canada. The lobbying efforts of the CFS are a dead end; the only way to force the hand of the government on the issue of tuition is to strike. The RSM holds that the creation of a genuinely democratic student movement is a precondition for student strikes in the rest of Canada. In place of the CFS bureaucratic and corporate style of student unionism, where only a handful of elected officials are consulted on the affairs of the student association, the RSM will continue to work for general assemblies of all members as the highest decision making bodies of their respective student unions. In order to win we must strike, and in order to strike we need democratic control over our student unions.

To this end, the RSM encourages its members and supporters to use the November 2nd day of action to break further with the failed politics and tactics of the CFS. While we will throw ourselves into the mobilizations for the day of action, we will also continue to struggle against the CFS bureaucrats who seek to use the day of action to maintain their stranglehold over their respective student unions. We invite all students to join the revolutionary contingents that are being planned across Canada as part of the November 2nd rallies.

For a truly democratic student movement in English Canada!

Towards a student strike for the elimination of tuition fees!

All out November 2nd!